How the Coronavirus Outbreak is Impacting the Chinese Trade Show Industry 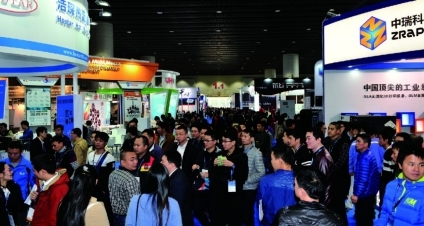 More than 7,700 people have been sickened and 170 people have died from the coronavirus in mainland China, while at least 68 cases have been reported in other places around the world, according to the World Health Organization. As WHO meets today to decide whether to declare the coronavirus epidemic an international public health emergency, the outbreak is beginning to impact the Chinese trade show industry.

“With Chinese and international authorities very focused on containment, there is a growing consensus amongst the international organizers we are speaking to that this situation will lead to widespread postponements for shows scheduled in February and, most likely, in March,” says UFI CEO Kai Hattendorf.

UFI has decided to postpone two events — the 2020 UFI Asia Pacific Conference, which was scheduled for March 5-6 in Macau; and the Digital Innovation Forum, which was scheduled for March 4. “Although we know that this is disappointing, of course, we always put the health and safety of our members and staff first,” says Hattendorf. “Like many [trade shows] faced with similar decisions, and after discussions with our hosts in Macau, we have opted to postpone both events until later in the year.” New dates for both shows have not yet been confirmed.

Michael Kruppe, general manager at Shanghai New International Expo Centre Co., says most, and probably all, public venues in China — including Shanghai and SNIEC — will not hold shows in February, and there are rumors it might affect March shows as well. Public holidays are being prolonged due to the situation, adds Kruppe, with people not being allowed to come back to work before Feb. 10.

At Hong Kong Convention and Exhibition Centre, organizers are closely monitoring the situation, says Monica Lee-Muller, managing director. At this time, two public exhibitions have been postponed: The Pet Show and the Education and Careers Expo, both originally scheduled for February. “We have stepped up our hygiene measures and will continue to serve other confirmed events,” adds Lee-Muller.

On Jan. 29, the SPS - Industrial Automation Fair Guangzhou (SIAF) and concurrent Asiamold fairs announced that its 2020 editions (originally scheduled for Feb. 26-28) will be postponed until further notice. Domotex asia/Chinafloor has also postponed its show, first scheduled for March 24-26, to a later date.

At this time, there is no way to estimate how much negative economic impact coronavirus will have on the Asian trade show industry, as it’s not clear how long it will take to contain the virus. The hysteria created in the news is not helping matters, notes Paul Woodward, chairman of global events consultancy Paul Woodward Advisory and former UFI CEO.

“The global media is stoking fears [that] are rapidly becoming the thing which we have to fear more than the disease itself,” says Woodward. “[The virus] can and will be controlled quite quickly and, once it has been, there will need to be a period of careful planning to relaunch disrupted trade fair calendars and help exhibitors, visitors and the organizers themselves recover.”

Woodward estimates that there will be fewer Chinese visitor and exhibitor groups at most international fairs around the world, as well. This has already made an impact at major events such as the Spielwarenmesse toy fair currently underway in Nuremberg, Germany, he adds.

Due to the coronavirus outbreak, International Sourcing Expo will not open at The Inspired Home Show 2020, set for March 14-17 at McCormick Place Convention Center in Chicago, according to officials with International Housewares Association. The rest of the show will continue as planned.

TSNN will continue to update this story as more announcements regarding postponements and/or cancellations are made.

How Major Shows this Spring Are Forging Ahead Amidst Coronavirus Outbreak
In the wake of the expanding coronavirus outbreak mainly within China, but spreading to other countries by the day, the massive Mobile World Congress in Barcelona decided to…
Industry Resources for Staying Informed on the Coronavirus Outbreak
The COVID-19 coronavirus has now caused more than 3,000 deaths worldwide from a confirmed 89,253 cases. As this outbreak continues to lead to cancellations and postponements…
How Hurricane Dorian Is Impacting Meetings and Trade Shows
Hurricane Dorian whipped through Puerto Rico and the Virgin Islands yesterday, bringing heavy rains and high winds. As a Category 1 storm, it spared much of the main island…
Center for Exhibition Industry Research Unveils Trade Show Economic Impact Calculator
The Center for Exhibition Industry Research recently unveiled its Trade Show Economic Impact Calculator. “CEIR’s Trade Show Economic Impact Calculator will help…
How Small Experiences Can Deliver Big Impact Within Your Trade Show
Small is the new big. When it comes to trade shows and conferences, purposefully smaller B2B events, delightful consumer-esque experiences and more curated thought leadership…
9 Tips for Staying Healthy While Traveling, Amid Coronavirus Outbreak
Coronavirus is all over the news: Airlines are reducing flights to China or grounding flights coming from Wuhan (where the virus originated); Asia trade shows are being…