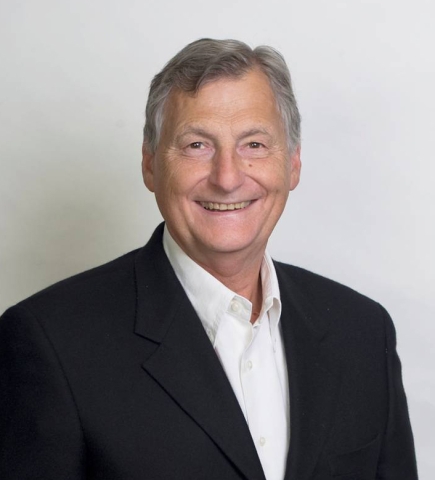 Lew Shomer, the executive director for the Society of Independent Show Organizers, will be stepping down from the organization that represents for-profit show organizers when the current management agreement with his management company, Shomex Productions, expires Sept. 30, 2015.

Shomer told the SISO Board of Directors at the last meeting in Atlantic City that "it's time to change leadership and continue the growth of SISO."

SISO Chairman Rick McConnell said, "With the help of Lew, SISO is in the best possible shape and is a great organization, with lots of upside still to come."

He added that the board "wished that Lew would stay on, but having already convinced him to extend his contract twice before, they understand that he wants to concentrate his efforts on his own show, Abilities Expo."

McConnell said that under Shomer’s leadership, relationships with many other key associations have flourished, including: UFI, USTA, AMPROFEC, AFIDA, CCPIT and ABM.

In addition,” relationships with both SACEOS (Singapore) and IEIA (the Indian trade show organization) are in the works,” he added.

SISO has grown from 95 to more than 160 member companies in the past 6 years and their members organize more than 3,500 shows annually.

"Lew has worked diligently to increase value to our members. He has been innovative and supportive with the education steering committees as well as making the CEO Summit far more interactive and compelling. The Executive Leadership Conference now connects SISO members with new technologies and emerging professionals to network and call this show their new home--thanks to Lew,” McConnell said. "In addition, SISO is giving back more and more with the recently signed financial grant for industry research with CEIR. I can go on and on, but most importantly, the SISO organization is well-run, and Lew provides invaluable insight and effective execution. And he is my friend."

With more than a year's advance notice, McConnell said they are confident that they will be able to find a successor who “can carry on the great work that Shomer and his team have done bringing SISO to the forefront of the Industry.”

He added, "We will be seeking another management company with a strong leader like Lew, who is familiar with SISO and comes from an organizer's background.”

For anyone who has a company where they can become Executive Director at SISO as well, they may request an RFP from Tony Calanca (tcalanca@advanstar.com) before Nov. 21.

The Executive Committee plans to review applications by Jan. 17 and appoint Shomer’s successor by the end of March.

McConnell added that they wanted to “have a full six-month transition and continue to provide the best possible service to our members and the Industry."

David Audrain Takes the Torch from Lew Shomer as New SISO Executive Director
At the annual business meeting lunch during the Society of Independent Show Organizer’s CEO Summit, held April 13-16 on Kiawah Island, S.C., the association’s chair, Charlie…
Trade Show Leader: Abilities Expos’ Lew Shomer
Lew Shomer, chairman of 5NET4 Productions and Abilities Expos, found his way into the trade show industry like many others when he was vice president of marketing for a modem…
Society of Independent Show Organizers’ Executive Conference Unveils Stellar Session Line Up
When the Society of Independent Show Organizers’ Executive Conference kicks off Aug. 11-13 in Atlantic City, N.J., at the Revel Casino Hotel, attendees will have the…
Paul Woodward Stepping Down as UFI Managing Director
In a letter to UFI, The Global Association of the Exhibition Industry’s members, UFI President Andrés Lopez-Valderrama said Paul Woodward, the organization’s managing…
Brian Casey Will Step Down as President of CEIR; Organization Announces Overall Strategic Realignment
After a series of strategic planning meetings over a two-year period, the Center for Exhibition Industry Research Board of Directors is realigning its resources to focus more…
Top Takeaways: Society of Independent Show Organizers’ Leadership Conference
When nearly 200 for-profit trade show executives and suppliers to the industry gathered Aug. 1-3 in Philadelphia, they were treated to a few days filled with not only with…