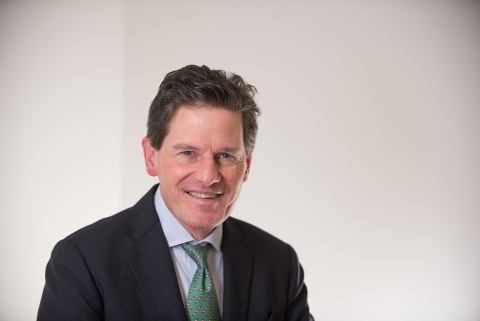 It looks to be a banner year for Informa Exhibitions in 2017, with the division of U.K.-based Informa having reported 9 percent growth for the first 10 months of last year. The company’s 2017 full-year results will be released Feb. 28.

Charlie McCurdy, CEO of Informa Exhibitions, said the growth was coming from several of the company’s largest trade shows, such as Natural Products Expos East and West and the China Beauty Show, which grew 5 percent, to name a few.

The company boasts more than 30 large shows in its global portfolio and, according to McCurdy, and always is looking to add even more, especially in markets it currently serves - such as natural, construction and medical equipment, among others.

Last year, in fact, one of its acquisitions was the $133 million purchase of Yachting Promotions, which, along with its existing portfolio of shows in this sector, makes Informa the “largest organizer of yacht shows in the world,” McCurdy said.

Trade shows are not Informa’s only focus though, last year the company also launched a new division – Informa Engage.

McCurdy said the new division was born from one that had been a part of Penton, which Informa acquired in 2016, called Penton Marketing Services.

In other words, with the deep vertical markets Informa currently is in, there is a prime opportunity to connect buyers and sellers off the showfloor as well.

One more area in which Informa continues to expand, according to McCurdy, is by geo-cloning existing shows in its portfolio, such as World of Concrete that recently launched WOC Asia as well.

“There is a collocation with an event there, that de-risks the activity,” he explained. “We have a similar partnership in China with a food show.”

With a global portfolio, comes its challenges. Fortunately, one of those is not the impending Brexit. Even though Informa is a U.K.-based company, its shows primarily are held outside of Britain. “We have 1 percent in the U.K.,” McCurdy said.

What is causing some issues, he added, are countries such as Qatar, in which its neighbors in the Middle East, such as the UAE, Bahrain, Egypt and Saudi Arabia, cut ties with the country more than 220 days ago.

Looking toward the future, McCurdy said that talent development is a “core strategic issue” for the company. “It is imperative for any fast-growing enterprise,” he added.

To support its growing workforce, McCurdy said they have established training programs, streamlined marketing tools across the businesses and implemented software such as Salesforce for everyone.

Informa Exhibitions’ Charlie McCurdy Talks Company’s Growth Streak
In a mere eight years, U.K.-based Informa PLC’s Global Exhibitions division has grown from a $100 million company in annual revenues with its business primarily focused in…
Informa’s Charlie McCurdy Talks M&A, UBM Integration and Trends for 2019
To say that last year was a monumental one for Informa Exhibitions, which is led by CEO Charlie McCurdy, would be quite an understatement. 2018 marked the largest mergers…
Informa Exhibitions Becomes Informa Markets; Charlie McCurdy Speaks Out
Last year was a monumental one for Informa, with the purchase of UBM in January 2018 forming the largest exhibition company in the world. Today the London-based company…
UBM, Informa in Possible Merger Talks
After UBM’s stock price jumped considerably, news was released that the mega exhibition organizer is in talks to possibly merge with Informa, another mega exhibition…
Straight Talk: Ashley Mills, CEO, The Vision Council
When faced with extraordinary challenges, focus on the things you can control. That’s a lesson that Ashley Mills, CEO of The Vision Council, had to apply in the summer of…
Weather Planning Tips for a Successful Event
Nothing ruins an outdoor event faster than severe weather. However, intentional planning for weather conditions is key for a successful outdoor event or meeting. Weather can…