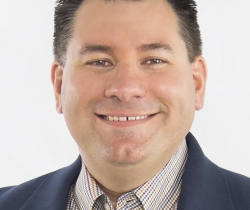 The new season of “The Food that Built America” is a fantastic show – there’s drama, conflict, emotion and lots of fascinating stories about the brands we see almost every day. It’s both inspiring and entertaining. And there are some mind-blowing lessons on business strategy, too – real stuff you can use right now.

We just finished the episode on the “cola wars.” We all know the story of the “Pepsi Challenge,” where Pepsi sent people into shopping malls and street corners, asking people if they could tell which cup had Pepsi and which had Coca-Cola by taste alone.

At the time, Pepsi had about 7% market share compared to Coca-Cola (which had 92 of the other 93%). Why? Because Coke was the original cola drink, and it never occurred to people to change. They never tried Pepsi. They didn’t even know how it tasted, and they didn’t care because they knew they liked Coke.

And that’s why the Pepsi Challenge was so powerful. It grabbed people’s attention, and it said, “Hey, try this.” And when they did, about 52% decided they liked Pepsi better, which immediately cut into Coke's market share.

So how does this apply to your presence at trade shows and conferences?

In a previous blog post, I mentioned the three most valuable prospects you can meet at a trade show or conference:

These are the people who can buy stuff that will move the needle in your business. But there’s a problem.

Just like the Coca-Cola drinkers, those three groups of people have no reason to talk to you.  Your current clients don’t know that you can sell them other things they also need, so they think they're “happy.”  Your competitor’s clients are “happy,” too, so they don't need you. And your prior clients think they’re “happier” without you.

You need a “Pepsi Challenge.” You need something that grabs your prospects attention, focuses attention on your brand in a memorable way, delivers a simple message that opens your prospects’ eyes to a specific problem they probably didn’t know that you solve, and offers a clear call to action that explains how your prospect can get the outcome they want.

There are probably dozens of ways you can capture attention, engage your prospect and deliver a message that makes them want to start a conversation with you.

Is this a bold statement? Does this break the rules of sales or marketing? Not at all, really. It’s what I’ve been doing with my clients for decades, and it’s what my mentors and coaches taught their clients to do for decades before that. It’s a simple, proven, repeatable formula.

Do you know who really hates this? You know who calls it “unsportsmanlike” and “rude” and other negative labels? Companies like Coca-Cola. The big, established players that are successfully dominating the market by keeping their valuable clients focused on them, so they never even think of changing. Go get ‘em.