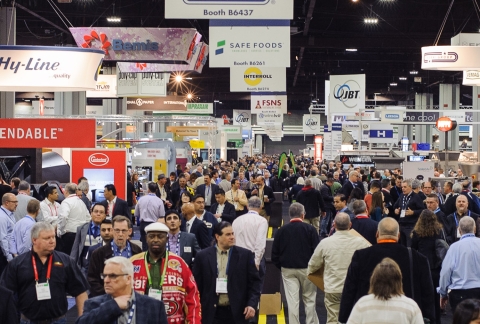 Trade shows dedicated to the poultry, beef and firearms industries have been enjoying extra boosts in attendance recently.

“We’ve seen an uptick in our convention numbers for a couple of different reasons,” said Kristin Torres, NCBA executive director of meetings and events. “First, Nashville is a great location for our group, our attendees really love it and (second), we significantly increased our marketing of the event and started marketing earlier than in years past.”

She continued, “By doing this we were able to get attendees talking about the convention early on and helping to create a buzz in the months leading up to it. We also partnered with our exhibitors (on marketing efforts) more than in years past, (are building) on the changes we made to the show seven years ago and are continuing to make changes to make it better.”

Besides having the opportunity to learn about the latest and most advanced equipment, nutrition and pharmaceuticals available to the industry, attendees had a chance to engage in grassroots policy process, hear from industry experts, enjoy an abundance of live music and networking opportunities, and elect a new officer team, including fourth-generation Nebraska cattleman Craig Uden as the association’s new president.

As the largest trade show of its kind that draws participants from more than 100 countries, the SHOT Show boasts the latest and greatest in the firearms industry, including guns, ammunition, accessories, optics, knives, gun safes, apparel and law enforcement equipment.

According to the National Shooting Sports Foundation (NSSF), which owns and produces the event, the bump in attendance signals a positive year ahead for the firearms industry.

“I think we’ve arrived at a point where we’re truly balancing the needs of an enormous crowd of industry professionals with the venue and services they need to successfully set the course of their businesses for the months ahead,” Chris Dolnack, NSSF senior vice president and chief marketing officer said.

He added, “That’s not a small feat, and we are pleased to see that our efforts to produce a continuously high-quality show have once again paid off.”

As the largest annual trade show for the poultry, meat and feed industries, the 2017 International Production & Processing Expo (IPPE) also experienced an uptick in participation.

He added, “The excitement and energy displayed by this year’s attendees and exhibitors will continue to safeguard the success and growth of future IPPEs.”