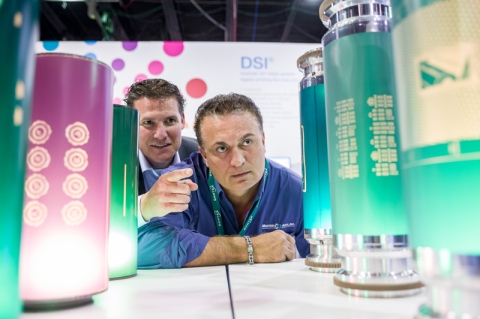 Even with the dip, the good news was same-show revenue continued to surge with 4.7 percent growth in the third quarter, compared with the same quarter last year.

He added, “Our acquisitions of onPeak, Blitz and N200 are performing well and we continue to have success cross-selling these new services into our client base. We expect strong execution and favorable industry conditions to continue, resulting in meaningful year-over-year growth during the fourth quarter.”

Moster said the same-show growth also was “stronger than expected.”

The same-show growth has been a result of not only the show itself growing, but also selling more into the actual show, he added.

Cross-selling some of the new services, including registration into the Middle East division, as well as to existing clients, such as Labelexpo Americas, was a boost for GES as well.

In addition, clients, such as Solar Power International that already had AV services and signed on also for general service contracting 2016-2018, continued to add to GES’ success.

Moster said the company also was “building more of a presence in the consumer and corporate” areas.

One such effort is a Walt Disney, five-city “Frozen Fall Festival” tour and another is an America’s Cup fan experience exhibition that tours to different ports.

These results beat expectations, Moster said, “Our Marketing & Events Group continues to deliver better than expected performance. As a result, our income per share before other items came in above our prior guidance for the quarter.”