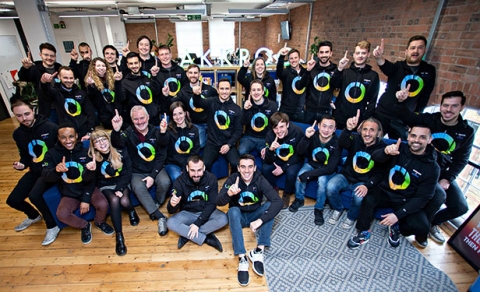 Akkroo’s digital lead collection solution, which allows sales teams to expediently capture and process leads in real time using the Akkroo iOS and Android app, will soon be “integrated” into Integrate’s customer offerings with the goal of bolstering its demand orchestration capabilities, according to company officials.

“Revenue acceleration happens when you unify the top of the funnel,” said Jeremy Bloom, Integrate founder and CEO. “With this acquisition, we have now integrated one of the largest and most-leveraged demand marketing channels that historically has the least amount of ROI visibility.”

He continued, “With Integrate and Akkroo, our customers will understand how in-person events contribute to pipeline and revenue while having access to a best-in-class, global solution for collecting, processing and managing event leads at scale.”

The purchase also allows Integrate to expand its global workforce by transforming Akkroo’s London office into its EMEA headquarters and increasing its team to more than 250 people.

Akkroo’s team of more than 50 employees will join Integrate, including Akkroo Co-founder and CEO Chris Wickson as general manager of events and Co-founder and CPO Andy Higgs as vice president of event products.

Meanwhile, Akkroo’s customers will immediately benefit from an enhanced U.S. presence and Integrate’s investments in the product, engineering and customer success realms.

The deal marks Integrate’s second acquisition in three months. In January, the company purchased New York-based ListenLoop to grow its set of tools and solutions for account-based marketing (ABM) advertising. This enables Integrate customers to combine their face-to-face events, demand generation, social and ABM digital advertising into a single platform.

Launched in 2013, Akkroo doubled its revenue every year since 2014 by serving hundreds of global customers and collecting more than nine million leads from 12,000+ events, according to Akkroo officials.

“Today’s event technology is largely developed for the benefit of the organizer, leaving B2B marketers and exhibitors to navigate unstandardized and incomplete lead data,” Wickson said.

He continued, “Akkroo’s technology is built for the marketer, putting them in the driving seat when it comes to owning the lead capture process at face-to-face events and allowing them to take immediate action to nurture leads. We are delighted to embark on our next chapter with Jeremy and the Integrate team, who share the same vision and values as Akkroo.”

In conjunction with the acquisition, Integrate announced an integration with Akkroo to connect its enterprise-grade SaaS platform with Akkroo’s event lead capture solution. Integrate customers will now be able to collect and process qualified leads at events in real time and automatically validate, standardize and enrich this data before it is sent to their marketing automation or CRM systems.

As part of their post-event follow-up, Integrate customers can drive additional awareness and engagement with account-based leads using the company’s ABM advertising platform. Its measurement services can be used to properly attribute event investment and link event-generated leads to sales pipeline creation.

On April 30, Integrate will be hosting a live webinar on “Capture, Connect, Control: How Top Marketers Win at Event Lead Management” featuring demand marketing leaders. To learn more and to register, go HERE.