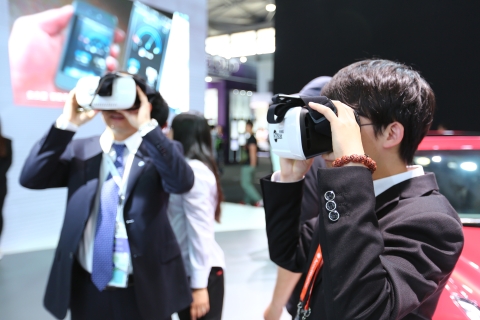 The sold-out inaugural edition of CES Asia drew more than 200 exhibitors from 16 countries and regions to the Shanghai New International Exhibition Centre (SNIEC).

CES Asia reportedly welcomed more than 20,000 attendees, which included more than 1,200 members of the press. Around 40 percent of the showfloor was represented by exhibitors headquartered outside of mainland China. The show’s organisers expect to release officially audited numbers within six weeks.

According to the organisers, rebooking for the 2016 show has already reached 85% of this year’s floor space, and there are plans to expand into a third hall next year to nearly double the show size.

Gary Shapiro, president and CEO of CEA, said, “CES Asia was by every measure a world-class launch, setting the bar for high-quality events in the region in terms of industry attendance, production value, conference programming, product introductions and the ability to bring together some of the brightest minds in the industry.”

He added, “Exhibitors at this inaugural event were courageous to trust us, frankly, but it’s those brave, curated companies that have helped us set a new international standard for show launches.”

The next edition of CES Asia will return May 11-13 to SNIEC.