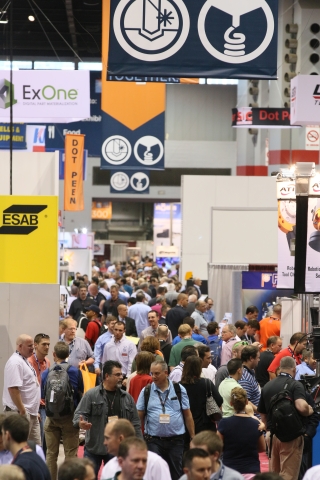 The third quarter was a good one in more ways than one for Phoenix-based Viad, as well as its divisions, including Global Experience Specialists in the U.S. and overseas.

Viad’s income before other items was $20.8 million, which nearly doubled, compared with $10.9 million during the same quarter in 2013.

“Both of our business groups delivered significant year-on-year growth with results that were in line with our prior guidance,” said Paul B. Dykstra, Viad’s president and CEO.

He added, “Our strong third quarter results reflect the benefit of positive show rotation, continued same-show growth and better than anticipated visitation to our new Glacier Skywalk attraction. The acquisitions of the West Glacier Motel & Cabins, the Apgar Village Lodge and related assets, and Blitz Communications also added to our revenues and profits during the quarter.”

The U.S. Marketing & Events Group’s revenue increase, which includes GES, primarily was driven by positive show rotation of approximately $34 million in revenue, a 3.4 percent increase in base same-show revenue and new business wins.

The international segment of the same group saw revenues increase just shy of $24 million, which also was driven by positive show rotation of approximately $14 million in revenue and new business wins.

The wins in both the U.S. and overseas that had a positive impact were the Mary Kay Seminar, SIBOS and Commonwealth Games in Scotland, according to GES’ president Steve Moster.

He added that some of the U.S. and international shows that rotated in and also had a positive impact were IMTS, SIBOS and Farnborough Air Show.

Boosting their portfolio even more, in the first month of the fourth quarter Viad made a double buy, scooping up housing services companies onPeak and Travel Planners.

Moster said of all the acquisitions’ impact on revenues; “Since we purchased Blitz Communications toward the end of the third quarter, the impact to revenues was nominal. For the fourth quarter, Blitz, onPeak and Travel Planners, are expected to add approximately $20 million in revenue.”

He added of the onPeak and Travel Planners recent buy, “The additions of Travel Planners and onPeak immediately launched GES as a leader in the event housing market and creates an opportunity to simplify the customer experience by dealing with one company across multiple offerings.”

As far as what’s on tap strategically for 2015, Moster said, “We are focused on our growth strategy, the margins of our core business and integrating Blitz and onPeak into GES.”

GES Scores Whopping 52-percent Q3 Revenue Increase
The third quarter of this year was a huge one for Global Experience Specialists, scoring $287 million in revenues, compared with $189.9 million during the same quarter the…
Viad’s Overall 2015 Q1 Revenues Down 7.4 Percent, Same-show Revenues Up 7.4 Percent
Negative show rotation in the first quarter of 2015 had an impact on Viad’s overall revenues, dipping to $264.4 million, compared with $285.6 million in the first quarter of…
GES Scores 12.2 Percent Revenue Jump in Q2
GES’ second-quarter revenues were up 12.2 percent to $320.1 million from $285.4 million during the same period the year before. “GES delivered second-quarter results that…
Viad Q2 Revenues Surge Nearly 24 Percent to $317 Million
The second quarter of 2015 was a good one for Phoenix-based Viad, the parent company of Global Experience Specialists, with revenues surging 23.7 percent to $317 million,…
GES Scores Nearly 35 Percent Q1 Revenue Jump
First quarter revenues saw a significant jump for GES of nearly 35 percent to $318 million compared with $236 million during the same period in 2016. “GES’ growth during the…
GES Closes Out 2016 with 8-percent Revenue Uptick
GES had a good 2016, with the division of the parent company Viad closing out the year with $1,054.7 billion in revenues, compared with $976.9 million in 2015 – an 8-percent…