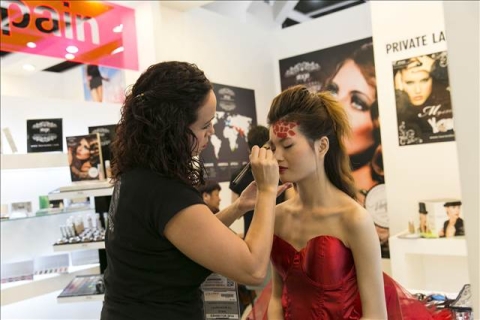 The events division was on an upswing, though, reporting 6-percent growth for the company’s annual events to £429.2 million ($663 million), compared with £424.6 ($656 million) during the same time period the year before.

"These results represent a good performance in a year of significant strategic progress. UBM had a strong H2 and although the reported results reflect currency headwinds, the Group delivered good underlying revenue growth in both Events and PR Newswire, and solid operating margins in each of our three segments,” said Robert Gray, acting CEO for the company.

In December, UBM expanded its event portfolio significantly as part of its ‘Events First’ strategy by scooping up Advanstar Communications, which produces the MAGIC Market Week events, among several others, for $972 million.

"The acquisition of Advanstar accelerates our `Events First' strategy, which we announced in November,” Gray said.

He added, “This clear and well-defined strategy has been embraced by the business, and we have already made good progress during the first two months of 2015. The Advanstar integration is on track and trading in the first couple of months of the year has started well."

A bright spot in UBM’s events portfolio in 2014 was the shows held in emerging markets, which makes up more than 50 percent of the company’s annual events revenue.

Revenues for emerging markets-based shows in 2014 rose to £218.1 million ($337 million) last year, a nearly 9-percent increase, compared with the year before.

In addition to strong performances from UBM’s largest Chinese shows, which are in the company’s Top 20, such as CBME, Hotelex Shanghai, Cosmoprof Asia and Sign and LED China, the Istanbul Jewellery & Gem Fair also performed well.

This performance was offset by slower growth at other large shows, particularly Furniture China.

In the UK, a strong performance from IFSEC following its relocation to Excel in London did not offset the declines at Ecobuild.

In Continental Europe, the increases reflects a good performance at CPhI WW, coupled with a very strong launch of European Jewellery & Gem Fair partially offset by the discontinuation of ATC, in Europe as well as the soft performance of a number of events serving the healthcare sector.

As of Jan. 31, forward bookings for the 2014 Top 20 events are up 8.7 percent (after adjusting for the effect of foreign currency, phasing and invoice timing differences).

Unadjusted forward bookings are down 1.5 percent on a constant currency basis.

UBM’s ‘Events First’ Strategy Pays Off with 30-percent Revenue Surge in 2015
UBM announced last year its strategy was going to focus on putting ‘Events First’, and those efforts paid off, with full-year 2015 total revenues surging 30 percent to $1.3…
Reed Exhibitions’ Revenues Dip 4 percent in 2015
With events spread throughout the world, Reed Exhibitions was not immune to macro economic pressures last year, posting an overall revenue decrease of 4 percent, compared…
TSNN Interview: UBM CEO Tim Cobbold Talks ‘Events First’ Strategy
As part of its ‘Events First’ strategy, U.K.-based UBM made huge leaps in 2016, as it continues to realign its overall portfolio with the completed sale of its PR Newswire…
Global Experience Specialists’ 2016 Q1 Revenues Dip 8.1 Percent
Revenues for the Marketing & Events Division of Viad, which is Global Experience Specialists, dipped 8.1 percent in the first quarter of 2016 to $236.1 million, compared…
Global Experience Specialists Caps Off 2014 with Positive Q4, Full-year Revenues
This past year was a busy one for Global Experience Specialists, a division of Viad, with several acquisitions to bolster its service offerings, as well as working on some U.…
Tarsus Group Posts 10 Percent Like-for-like Revenue Growth for 2014
Even though Tarsus Group’s biggest shows were not held last year, the company still saw not only an 18 percent increase in revenues, compared with 2012 when similar shows ran…