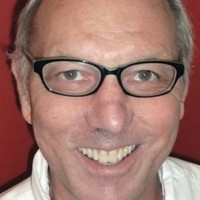 Michael Hart, best known as the editor-in-chief for Tradeshow Week, died on March 12 at age 67, after a valiant, but tragic battle with cancer.

"I am very sorry to hear of Michael's passing," said Rachel Wimberly, TSNN President and Tarsus, US, EVP of Business Development. "Michael was a passionate advocate of the trade show industry overall. He also was a meticulous editor, who I learned a tremendous amount from during our time working together at Tradeshow Week magazine."

His first job after graduate school was as the editor-in-chief of the Glendale Star and Peoria Times in the Phoenix metropolitan area.  Michael’s interest in local journalism landed him a job with The Los Angeles Times in 1998. He edited for the “Our Times” division, which focused on the vast diversity of L.A. neighborhoods.

The L.A. Times’ takeover by The Chicago Tribune ended its neighborhood orientation, but Michael found another “local” niche in the business-to-business magazine realm. He edited, first, the San Fernando Valley edition of The L.A. Business Journal, then moved on to become editor-in-chief of Tradeshow Week.

While at the helm of Tradeshow Week, Michael’s career took a pronounced turn. As the journal’s editor, he proved repeatedly that he was not only a first-rate journalist, but a savvy, candid, and outspoken industry-observer. When business reporters needed a well-informed source, Michael was always the first one they phoned. They knew they could count on him for accurate details, keen insights, and maverick opinions.

Tradeshow Week served as the “must read” news weekly for over 8,000 subscribers until, unable to compete with online news sites, it was shuttered in 2010, along with 25 other trade journals owned by its parent company, Reed Elsevier.

“Michael became the ‘go-to’ journalist for the exhibition industry,” said Steven Hacker, principal of Bravo Management Group and former president of the International Association of Exhibitions and Events. “He was a passionate and reliable spokesman for trade shows in the US and around the world.”

Michael moved next to run the leading education-technology journal and soon after to edit the No. 1 event-industry monthly, EXPO; but that magazine survived only another five years before ceasing publication.

The decline of print journalism was not totally kind to Michael, even though he had the foresight to master digital and online formats. Despite many challenges, he continued to work for a variety of media and event-related businesses firms as an editor, writer, conference producer, and event organizer, until his retirement in 2019.

“Michael was smart, curious and always probing for the ‘story behind the story,’” said Sam Lippman, president of Lippman Connects. “He was successful because he could be trusted. We in the trade show industry appreciated and benefited from his professionalism.”

This is such sad news. I…
This is such sad news. I hired Michael as EIC at Tradeshow Week in January, 2003 and had the privilege of working with him for five years. Michael was instrumental in reshaping the magazine and helping to launch the TSW Fastest 50. He was a complete and insightful professional who always made valuable contributions. My best to Susan and the family. Michael will be missed.

Dearest Micheal,
Rest In Peace and know you will be missed. I’m sorry we didn’t have the chance to say goodbye or hello another time. You were and will be remembered as kind, energetic, loyal, engaging, and genuine. We offer prayers for your loved ones. There are many
Of us that will remember you and smile. Thank you for being you. Karen

Trade Show Industry Icon William T. Glasgow Passes Away
William T. Glasgow Sr., a 65-year veteran of the trade show industry, passed away peacefully in his home Oct. 23. “BG”, as he was known, started his career in the industry at…
Roger Shashoua, Founder of ITE Group and Trade Show Trailblazer, Passes Away
Roger Shashoua, the founder of U.K.-based ITE Group - now called Hyve Group and run my Roger’s son Mark – has passed away. Hyve Group released the following statement about…
Tradeshow Industry Trailblazer Jerry Kallman Passes Away
Typically, TSNN would write a straightforward news article on a long-time member of our industry’s passing - Gerald G. "Jerry" Kallman, Sr. – Jan. 10, 1931 - May 20, 2020 (…
Hargrove Founder Earl C. Hargrove Passes Away
Earl C. Hargrove, founder of Hargrove, a general service contracting company, passed away at age 86. Hargrove CEO Tim McGill and President Carla Hargrove-McGill issued…
Long-time Experient VP Terence Donnelly Passes Away
The trade show industry lost one if its own July 20, Terence Donnelly, a long-time executive at Experient and a good friend to many. “Terence was full of positivity, always…
ASAE President and CEO John H. Graham IV Passes Away
ASAE’s President and CEO, John H. Graham IV, FASAE, CAE, has passed away after an extended battle with cancer. “While no words can adequately express our deep sorrow at…