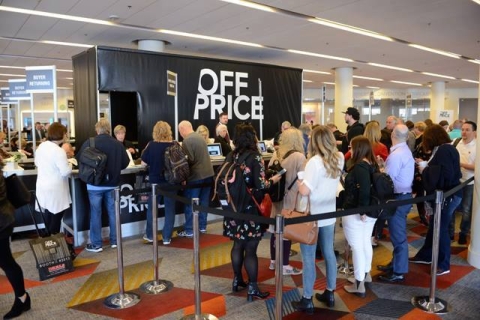 Even though Tarsus Group’s two largest biennial shows– Dubai Airshow and Labelexpo Europe – still are yet to be held in the second half of this year, the company’s like-for-like revenues are up 4 percent (adjusting for acquisitions and biennial events), compared with the same period in 2016.

Excluding Turkey, which has been challenged with geopolitical issues, like-for-like revenues were up 8 percent.

In addition, visitor growth has continued to surge across the portfolio, with an 8 percent uptick so far and trending to a 9 percent uptick by end of year.

"2017 is set to be a strong year for Tarsus. Our determination to build a high-quality portfolio in fast-growth markets is paying off, with recent acquisitions performing well and replications extending the reach of Tarsus brands across the world,” said Douglas Emslie, Tarsus Group’s managing director.

He added, “We are seeing impressive results across the portfolio, thanks to the Group’s clear strategy of driving scale and momentum. We acquire businesses in exciting markets and industries on the cusp of change; we partner with entrepreneurs who share our vision; we replicate these success stories across the world. Thanks to our increasing scale, we are positioned to deliver future growth – Quickening the Pace of returns to our shareholders.”

The company’s ‘Quickening the Pace’ strategy – to accelerate financial returns, also is on track, with the company’s portfolio showing strong organic growth.

In the fourth quarter of 2016, Tarsus acquired the Connect portfolio of hosted buyer events headquartered in Atlanta, which are second-half weighted this year and are performing in line with expectations, according to company officials.

In addition, the company sees good opportunities to expand the Connect portfolio with 10 new events planned this year.

The Medical portfolio in the U.S. continues its return to revenue growth and the Offprice February 2017 show produced another solid performance.

In Mexico, trading was positive with a strong performance from Expo Manufactura. Two replications were also held (GESS Mexico and Airport Solutions) in the period and both did well.

In other areas of the world, Tarsus shows in China and Dubai both pulled in sold results, although ones held in Turkey saw decreases.

Given the unsettled political background, the Group budgeted cautiously for Turkey in 2017.

Overall, a number of events in the first half saw lower revenues than previous editions. The market now has recovered, resulting in an improved outlook for 2017, compared with 2016 for the Group’s larger shows in the second half: Zuchex, Sign and Flower Show.

Looking into the second half of 2017 for Tarsus, Emslie said, “As we look ahead to the next six months, the picture is bright. Forward bookings for the current year are already 9% ahead – and we are expecting strong editions of our largest shows, notably Labelexpo Europe and the Dubai Airshow.”

He added, “Given the progress made in 2017, and our excellent portfolio, the Group is confident of delivering a strong performance for the year as a whole.”