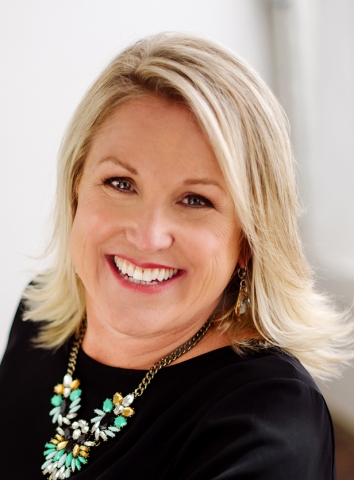 The latest round of people announcements is all about girl power. Check out the latest promotions, new hires and appointments of (mostly) women across the industry this month:

Catherine Chaulet is now president and CEO of Global DMC Partners, a network of independently owned destination management companies. Serving as president of the company for six years, her promotion to CEO came as a result of her strong leadership skills.

Destinations International has hired Gail Mutnik for a newly created position of director of meetings within the organization. She will begin on March 19 and brings more than three decades of experience to her new role.

Sonia Fong has been named vice president of convention sales for the Greater Miami CVB. She’s been with the organization for 20 years, and her main focus will continue to be selling the Miami Beach Convention Center for citywides.

Womenswear trade event COTERIE has appointed Colleen Sherin to lead as president. She was most recently vice president of wholesale at Alexander McQueen.

Crystal Kennedy is now senior national accounts director at Philadelphia CVB. With 17 years of hotel sales experience, she was most recently associate director of sales at Hilton Anatole Hotel in Dallas. She’ll be based in Dallas to focus on customers in the Western U.S.

Karin Gillard has joined CSI DMC as senior account executive. She was most recently director of catering sales at Waldorf Astoria Las Vegas and will be based in Las Vegas for her new role. Also within CSI DMC, Morgan Alexander has been promoted to director of event management in the Chicago office.

Elizabeth Yienger is now a national sales manager at Louisville Tourism, where she is responsible for Northeast sales territories. She’s held previous regional director roles with Hilton and Starwood Hotels in the region.

Metropolitan Pier and Exposition Authority Board of Directors in Chicago has named Larita Clark, the organization’s previous CFO, as active CEO and CFO. She has been with the Authority since 1984.

In combining its Learnings and Meetings department functions, ASAE has appointed Amy Ledoux as chief learning and meetings officer to oversee this new combined operation. She’s been with ASAE for 15 years and brings 30 years of industry experience to her new role.

Exhibition and event services company Fern has hired Mark Shadwick as senior national sales manager. He’ll be based in the Alexandria, Virginia, office and brings more than 30 years of industry experience to his new role.

Kari Morehead has been named special events and partnerships coordinator for New Orleans Ernest N. Morial Convention Center, where she’ll be responsible for coordinating all activities related to special events.

Washington, D.C.-based trade show marketing agency Fixation Marketing has a new hire and two promotions. Sydney Bowker has joined the company as senior account executive, and both Rachel Gellman and Julia Ruxer have been promoted to account manager.

CEDIA Expo, an event for technology within the intelligently built environment, has brought on Ron Trznadel as account executive.

People News: Tourism Vancouver’s New CEO, Plus More New Hires and Promotions
Recent job reports from the Bureau of Labor Statistics are dismal, yet the good news is that some companies within the events industry are still making hires and promotions.…
People News: Clarion Events, ASM Global, New Orleans Convention Center and More
November is only just getting started, but it’s already a busy month for new hires and promotions. Check out the latest people moves in the trade show industry. Los Angeles-…
People News: Moves at Reed Exhibitions, ASM Global, KBIS and More
From presidents and board of directors to fine-cuisine-minded appointments in the Midwest, here’s the latest news about professionals in the trade show industry that you need…
People News: MMBC’s New Co-Chair, PCMA’s COO and More Fall Hiring News
From appointments to awards to new hires and promotions, this fall is keeping us on our toes for people announcements. Take a look: Meetings Mean Business Coalition…
People News: UFI, EIC, eventcore, Louisville Tourism and More Welcome New Leaders, Board Members and Staff
A slew of new hires and promotions at event-related organizations are a positive sign of growing confidence in the resurgence of the trade shows and events industry this year…
People News: Meet AC’s New CEO, Plus Fresh Hires at Reed Exhibitions, 42Chat and More
While this summer’s hiring news isn’t as busy as in other years, companies in the events industry are expanding where they can to help gain a cutting edge for events as they…