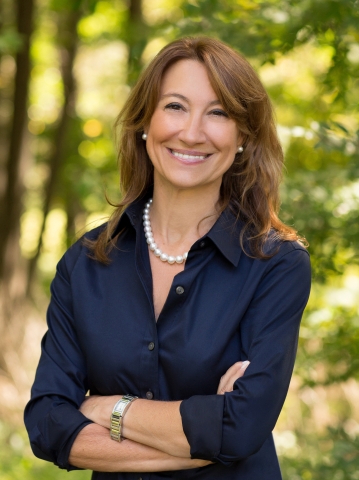 Reed Exhibitions North America has continued to grow its business into the U.S. and Mexico and leading that charge has been Nancy Walsh, executive vice president for North American Tradeshows

Effective immediately, Walsh, who has been with Reed for 29 years, was promoted to president, Reed Exhibitions North America.

“Nancy is uniquely prepared and qualified to lead the North American business,” said Chet Burchett, President, Americas, for Reed Exhibitions.  “Her commitment has been unwavering and her contributions to our customers and our business have only grown as her career progressed.  I fully expect that to continue in her new role.”

Most recently, Walsh has been the senior executive responsible for opening the Mexican market for Reed Exhibitions.

The combined events attract more than 300 exhibitors and 70,000 attendees each year and occupy more than 20,000 net square meters of annual exhibit space in Mexico City.

The two new events join Reed's existing portfolio of shows that include Expo Seguridad (acquired in 2011) and held in in Mexico City and Expo Ferretera (acquired in 2013) that runs in Guadalajara.

Walsh now will take on all direct reports within the North American business, including Mexico, and will report to Chet.

PMMI, the owner and producer of the PACK EXPO portfolio of trade shows, also has made a new appointment, with Gerardo Barajas hired as director of EXPO PACK Events.

In this new role, Barajas will have oversight of EXPO PACK México and EXPO PACK Guadalajara, PMMI’s trade shows in Latin America.

Barajas comes to EXPO PACK and PMMI, The Association for Packaging and Processing Technologies, from HAYS, a British recruitment firm focused in the accounting and financial fields. Prior, he was based in Guadalajara, Jalisco, as the General Director of Intermoda, the second-largest fashion trade show in Latin America. He also spent eight years with Mexicana Airlines, most recently as a key account manager.

“Gerardo’s accumulated experience in negotiation, sales strategy and public relations made him a natural choice for this position,” saidJim Pittas, vice president, Trade Shows, PMMI. “We are very glad to have him on board, and we’re looking forward to what he’ll bring to our Mexican events.”

“I’m very excited to have the opportunity to be part of the leading packaging and processing association in the world. The EXPO PACK and PACK EXPO events are clearly world-class.” Barajas said. “I look forward to using my prior experience to build on the EXPO PACK success in this growing industry.”

Nancy Walsh to Leave Reed Exhibitions After 32 Years
Nancy Walsh, president of Reed Exhibitions U.S., is leaving the company after more than three decades. Over her tenure, Walsh held numerous roles across the business and…
Straight Talk: Nancy Walsh, President, Informa Markets
At the start of her career, Informa President Nancy Walsh recalls working in Manhattan in inside sales for a software company when the idea of transitioning into the trade…
Reed Exhibitions Greater China Names New President
Nat Wong, current president of Reed Exhibitions Greater China, will be succeeded April 16 by Hu Wei. Wei came on board March 16 to understudy Womng and be orientated to the…
Informa Markets Taps Nancy Walsh to Lead North America; Rick McConnell, Fred Linder Stepping Down
Informa Markets has consolidated its North America-headquartered brands under a single leadership team led by Nancy Walsh, who has been promoted to the role of President of…
Rosov Replaces Lyons as Event Director for Newly Named IBTM America
Newly named IBTM America, previously called AIBTM and run by Reed Travel Exhibitions, has named Jaime Rosov as event director, with Michael Lyons stepping down from his role…
People News: Reed Exhibitions Names New Directors for Travel, Fashion and Vision Shows
Supplier and show organizers alike promoted from within and brought on new personnel for a variety of positions across the trade show industry in the past month. Reed…