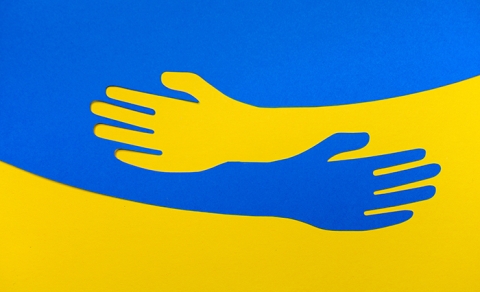 Since Russia invaded Ukraine on February 24, a number of leading trade show and event industry associations have been taking a stand against Russia’s military aggression, condemning the conflict, announcing the suspension of business activities in Russia, providing information about humanitarian support efforts to help the Ukrainian people and updating members about new measures they’re taking in response to the ongoing situation.

UFI, the Global Association of the Exhibition Industry, convened its executive committee last week in a special session to discuss the association’s continuing response to the invasion, including its focus on humanitarian assistance, and to agree on new measures.

According to UFI executive committee representatives, the committee acknowledged and applauded the work of many UFI members across the region who have provided shelter and support for refugees.

“From converting venues into refugee shelters to bringing supplies from across Europe, the level of aid and solidarity from businesses and individuals in the industry has been outstanding,” they said in a statement. “The military actions launched by the Russian government in Ukraine contradict our most fundamental principles. They cannot be allowed to stand.”

They added that, in a rare emergency session, the UN General Assembly has passed a resolution that lays out a path forward to end the aggression and restore peace in the region, with an overwhelming majority. Based on this resolution, the UFI executive committee made the following decisions:

In line with the UFI statutes, the full board of directors will review and adapt, if necessary, this set of provisions at its next session prior to the UFI European Conference, which is set for May 4-6 in Poznan, Poland, and is expected to take place as planned, the executive committee representatives added.

“At the core, our industry is about people, and UFI is here to connect people. We also understand that we must differentiate between the actions of the Russian leadership and the Russian people. Right now, we must focus on ending the inhumane activities. Right now, we must focus on emergency humanitarian support, to help as many individuals as we can as an industry. Only then can we use the role of events to help to heal the human, the cultural and the economical wound that will persist long after the violence has ended,” they said.

To support the work of charitable institutions helping the Ukrainian people on the ground, UFI initially made a call on March 1 for donations to the International Red Cross, UNICEF and United Nations High Commissioner for Refugees (UNHCR). Since then, the executive committee has decided to launch a consolidated call for donations through the association to support refugees and those affected by the war.

On March 7, the Society of Independent Show Organizers (SISO) and its leadership condemned the Russian invasion of Ukraine, announcing it had suspended Russian members from all access to SISO events and activities and had launched a fundraising campaign to support much-needed ongoing humanitarian efforts.

“We’ve all watched with horror as the conflict in Ukraine has escalated, with reports of explosions in populated areas,” said Hervé Sedky, current chair of the SISO board of directors and CEO of Emerald. “We cannot stand by and watch this conflict unfold without taking action.”

SISO CEO David Audrain added that the organization would be sharing these actions with its membership, as well as details on a fundraising campaign to support UNHCR, for which it would be seeding an initial $10,000.

“This tragic and senseless unprovoked attack by Russia on the people of Ukraine must be condemned by all, and actions that will bring the Russian government to the realization they must stop have to be taken, and that includes isolating Russia from all commercial activities as quickly as possible,” he said.

To help support SISO’s fundraising efforts, reach out to: info@SISO.org.

They continued, “We believe that tourism is a bridge that connects people of diverse backgrounds and different cultures; we strive to build a community of destination professionals who believe in goodwill toward all people.

Destinations International officials added that due to the Russian government’s unprovoked acts of violence, it will not engage in further business in Russia until a peaceful resolution takes place, and has thus terminated the membership of its sole member organization in Russia, the Saint Petersburg Convention Bureau, effective immediately.

To help with the humanitarian effort, the organization said it donated funds last week to World Central Kitchen, a non-profit organization led by D.C. Chef José Andrés, that has been on the ground in Ukraine feeding displaced people since the outbreak of violence.

“We encourage our over 600 members and our partners throughout the world to show their support of the people of Ukraine in any way possible, including making charitable donations to World Central Kitchen or any other organization making a positive impact in Ukraine,” they added.

“Due to the current and unacceptable realities that are taking place in Ukraine, IAEE is suspending our relationships with these two entities at this time,” said David DuBois, IAEE president and CEO, in a statement.

Events Industry Entities Take a Stand Against Russia for Invasion of Ukraine
A growing number of events industry organizations are condemning the acts of aggression on Ukraine, with some suspending business activities with Russia.  IMEX Group, Messe…
How to Make Your Trade Show Efforts Pay Off
Trade shows have a lot of competition when it comes to allocating marketing budgets. Internet advertising, social media and inbound marketing to responsive websites have been…
Is Social Media Working for Your Trade Show Marketing Efforts?
During our recently held “Social Media for Trade Show Promotions” webinar, we asked attendees a polling question about whether (or not) they were using social media to…
Tracking the Online ROI of Your Offline Trade Show Efforts
Tracking the Online ROI of Your Offline Trade Show Efforts For many companies, trade shows are an important part of their revenue stream. They spend thousands of dollars on…
IMC Coordinating Home Industry Humanitarian Efforts at High Point Market & Las Vegas Market to Aid Crisis Relief
International Market Centers, operator of premier showroom space for the furnishings, home décor and gift industries, is coordinating exhibitor product donations and other…
ITE Announces Revenue Increases in Trading Update
London-based ITE Group plc published its trading update covering the period April 1-July 10.  For the quarter ended June 30, revenues were approximately £58 million (US$77…