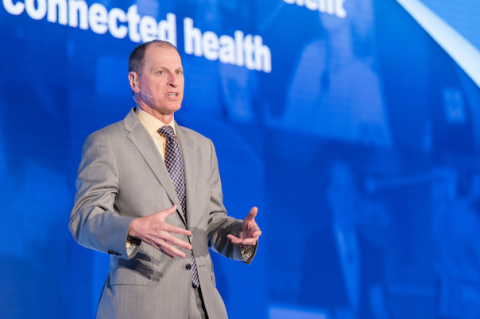 International Association of Exhibition and Events has announced Gary Shapiro, president and CEO of the Consumer Technology Association, as the recipient of its prestigious 2019 Legend of the Industry award. He’ll officially be recognized at the Krakoff Leadership Institute event, planned for Aug. 5-6 at Lowes Miami Beach Hotel in Florida.

This honor recognizes an IAEE member who’s demonstrated remarkable innovations and leadership in the industry. KLI attendees will have the opportunity for face-to-face conversations with Shapiro at the event.

In his role at CTA, which he has held for 28 years, Shapiro leads a staff of approximately 200 employees and thousands of volunteers. Through CTA — which owns and produces CES, ranked the No. 1 show on TSNN’s Top 250 U.S. Trade Shows list, with a net square footage of nearly 2.8 million — he helps advocate for a lower deficit, skilled immigration, free trade and business-supporting policies.

He’s also written several New York Times bestsellers, including Ninja Future: Secrets to Success in the New World of Innovation (HarperCollins, 2019), Ninja Innovation: The Ten Killer Strategies of the World’s Most Successful Businesses (HarperCollins, 2013) and The Comeback: How Innovation Will Restore the American Dream (Beaufort, 2011).

“It is an honor to be selected as the 2019 IAEE Legend of the Industry,” said Shapiro. “Exhibitions and the tech industry are all about innovation, change and pushing the envelope. Thanks to the many relationships we’ve developed through IAEE, we’ve been able to learn and apply what we learned to ensure CES remains the global stage for innovation and an excellent experience for all who attend.”

Shapiro recently gave the closing address at the 2019 Exhibition and Convention Executives Forum in Washington, D.C. (read a recap of that here).

Past Legends of the Industry have included: