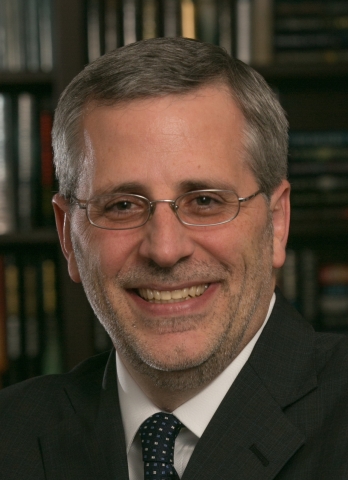 He added, “ … From an industry perspective, SISO provides the very best gathering for leadership to have networking and business opportunities.”

The appointment will take effect on Jan. 1 when Lew Shomer and Shomex complete their seven years of leadership service to SISO.

“SISO is in great shape with a very diverse and robust membership that spans the globe - it's a great organization with lots of upside still to come,” McCurdy said.

He added that the board “wanted to thank Shomex Productions and Lew Shomer for their success in bringing SISO to the level it has reached as the premier organization serving the for- profit show organizer”.

Shomer said of the appointment, “I am thrilled that the board has chosen David to be the executive director when I step down.”

He added, “David and I have known each other for more than 10 years, and I was proud to serve under his leadership when he was chair of SISO. His unique entrepreneurial drive, mixed with his managerial style for organizing and producing shows all over the world will help SISO maintain the many relationships we have developed which make SISO such an integral part of the overall global Industry”.

Exposition Development Company is a three-year-old Atlanta-based service company specializing in the organization and management of Trade Shows and Conferences in North America that include owned events, licensed shows and show management contracts.

Audrain founded ExpoDevCo with Stephanie Everett; the partners have worked together for more than 9 years, producing both US and International events. David is President & Co-owner of ExpoDevCo.

At the launch of ExpoDevCo, Audrain also served as president and CEO of Clarion Events North America, a joint venture between Clarion Events Limited and Audrain/ExpoDevCo.

Previously, he was president and CEO of Messe Frankfurt North America, where for more than six years he produced a portfolio of 10 events in the USA, Mexico and Canada, which included six launches, and managed exhibitor sales and attendee promotion to the North American markets of more than 100 worldwide shows.

In addition, Audrain served as COO of ConvExx from 2001 through 2005, where they managed the world-renown SEMA Show. He also held senior management positions with:  Advanstar, where he managed the MAGIC apparel shows; Hanley Wood Exhibitions, where he was responsible for the Surfaces and NACE shows; and Miller Freeman, where he was responsible for the Sewn Products & Decorated Apparel Group which included nine trade shows and 4 monthly trade publications.

Audrain started his career in the U.S. with the Texas Restaurant Association, and prior to his move to the U.S., he owned a software development company in Europe, creating high-end multi-currency accounting and investment management software.

Audrain has served on the board and the executive committee of SISO and as chairman in 2013-2014. He also was a past chairman of the International Association for Exhibitions and Events (IAEE), and currently serves on the board of directors of the Center for Exhibition Industry Research (CEIR).

SISO has grown from 95 to 177 member companies in the past 7 years, and their members organize more than 3,500 shows annually.

“We have developed a transition program that will make the passing of the leadership virtually seamless, ensuring our members and sponsors will continue to receive the very best service that they have come to expect,” McCurdy said.

He added, “We are confident that David will continue to lead SISO at the forefront of the Industry as we concentrate on member benefits and continuing education to schools, universities and our member organizations. I would specifically like to thank Tony Calanca, who headed up the search committee that found David, and the entire executive committee that worked tirelessly to achieve our goal.”

Straight Talk with David Audrain, Executive Director, SISO
Twenty-eight-year industry veteran David Audrain is a who’s who of the trade show industry. Besides serving as president of Clarion Events North America and Messe Frankfurt…
Society of Independent Show Organizers' Executive Director Lew Shomer Will Step Down
Lew Shomer, the executive director for the Society of Independent Show Organizers, will be stepping down from the organization that represents for-profit show organizers when…
David M. Gibbons Named New Executive Director for the Massachusetts Convention Center Authority
Longtime hospitality executive, David M. Gibbons of Rockport, Mass., was named by board of directors for the Massachusetts Convention Center Authority as its executive…
Trade Show Leader: Abilities Expos’ Lew Shomer
Lew Shomer, chairman of 5NET4 Productions and Abilities Expos, found his way into the trade show industry like many others when he was vice president of marketing for a modem…
HKTDC Names New Executive Director
The Hong Kong Trade Development Council (HKTDC) announced the promotion of former deputy executive director, Margaret Fong, as its newly appointed executive director. She had…
Trade Show Leader: ExpoDevCo’s David Audrain
David Audrain is CEO and partner of Exposition Development Company (ExpoDevCo), a privately held business producing trade shows and conferences in North America, which also…