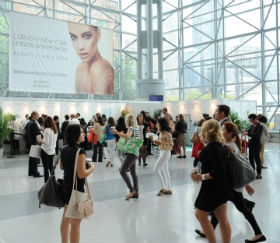 Unibail-Rodamco SE, Europe’s largest listed commercial property company,  and the Chamber of Commerce and Industry of Paris Ile-deFrance (CCIR) have entered into an agreement with U.K.-based private equity firm Charterhouse to take over Unibail’s 50 percent stake in Comexposium.

Early in 2008, Unibail-Rodamco and the CCIR merged their convention and exhibition activities into two entities: Viparis, in charge of managing the venues, and Comexposium, in charge of the events organization business.

Comexposium brought together Exposium, the events entity of Unibail-Rodamco, and Comexpo, the events organization business of the CCIR, in an effort to create one of the world’s largest trade show organizers, according to company officials.

Comexposium now is the 4th largest exhibition organizer worldwide, with more than 135 exhibitions, representing 38,000 exhibitors and 3.5 million visitors per year.

Upon the signing of the agreement today, Unibail-Rodamco and the CCIR have granted Charterhouse an exclusivity period.

During this period, the work councils of the Group and Comexposium will be consulted before the signing of the final and binding documentation expected in Q2 2015.

As at Dec. 31, 2014, Unibail-Rodamco's 50 percent stake in Comexposium represented less than 1% percent of the Group’s total assets and its contribution to the Group's 2014 recurring “net result-owners of the parent” amounted to €14.2 million ($21 million).