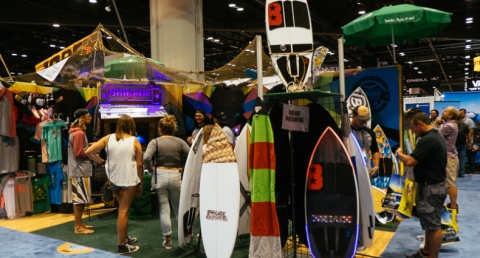 Just more than a week after Hurricane Harvey wreaked devastation on the Texas Coast, Hurricane Irma now is hurtling toward a possible strike in Florida, prompting organizers to start postponing events or ending them earlier than scheduled.

With the state of Florida declaring a state of emergency in 67 counties, the opening of the Miami International Auto Show, originally scheduled to open Sept. 9 at the Miami Beach Convention Center, has been postponed.

“Our priorities are to provide any assistance that helps our community better prepare for this hurricane,” said Richard Baker, president of the South Florida Dealers Association, promoters of the annual Auto Show.

He added, “We hope to be able to open the Auto Show sometime next week depending on the movement of the storm, but will continue to work with officials at the City of Miami Beach on just when an opening will be possible.”

At Orlando’s Orange County Convention Center, several events are on tap this week, including Emerald Expositions’ Surf Expo, which will be closing Sept. 8, instead of Sept. 9.

“With your best interest in mind, the Surf Expo leadership has been working continuously with the Orange County Convention Center management and with local authorities,” said show officials on the show's web site. “Every conversation we have and each decision we make starts and ends with our unwavering commitment to our exhibitors, partners and attendees. We believe this to best course of action.”

They added, “First and foremost, the safety of our customers comes first. We want you to be able to prepare for the possible storm path within Florida and the surrounding states, and keep your family and business as first priorities.”

As of now, according to the show’s Facebook page and web site, Emerald’s Imprinted Sportswear Show will be held Sept. 7-9 at the OCCC as scheduled.

Check HERE for more updates on how Hurricane Irma might impact operations at the Orlando/Orange County Convention Center.

The APA Florida Executive Committee had its event, Florida APA Annual Conference 2017, began yesterday at the Ocean Center in Daytona Beach, Fla., and it is scheduled to run through Sept. 8.

With Hurricane Irma possibly making landfall in the U.S. this weekend, event organizers there already also have made preparations.

“We do recognize that some of you may need to leave the conference early,” said APA Florida Executive Committee members. “We have discussed this issue with the Hilton staff and they are waiving their cancellation penalties."

Shows Move from Miami Beach CC After Building Construction Disrupted by Hurricane Irma
Set to open in just more than two weeks, Reed Exhibitions’ JIS (Jewelers International Show) October 2017 show will relocate to Fort Lauderdale, after receiving news from the…
How Hurricane Dorian Is Impacting Meetings and Trade Shows
Hurricane Dorian whipped through Puerto Rico and the Virgin Islands yesterday, bringing heavy rains and high winds. As a Category 1 storm, it spared much of the main island…
Diversified Plans to Upgrade Luxperience
Media group and trade exhibition company, Diversified Communications, has announced changes and enhancements at its newly acquired luxury and experiential travel exhibition,…
Reed Hongda Postpones SIAAF 2015
Reed Hongda Exhibitions announced that Shanghai International Auto Aftermarket Fair (SIAAF), which was scheduled to be held Sept 23-25 in Shanghai, will be postponed.…
Inaugural Seatrade Cruise Asia in Busan Postponed
The inaugural edition of Seatrade Cruise Asia has been postponed to a later date as a result of the MERS virus outbreak in Korea according to the organiser and UBM subsidiary…
Detroit’s Cobo Center Completes $2 Million Wireless Upgrade
Detroit’s Cobo Center recently completed a $2 million technology upgrade, which included an upgraded Nortel core switch that distributes the WiFi signal and along with…