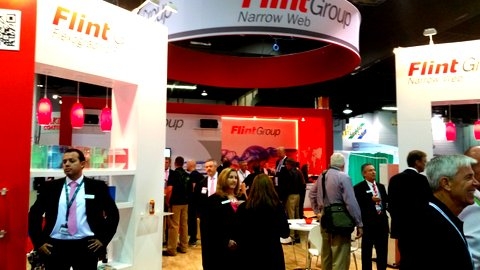 Even though Tarsus Group’s biggest shows were not held last year, the company still saw not only an 18 percent increase in revenues, compared with 2012 when similar shows ran, but also like-for-like revenue growth of 10 percent.

"Our ‘Quickening the Pace’ growth strategy gained further traction in 2014. Visitor numbers were up by 6 percent, our major events performed well and we made good progress with our brand replication strategy to drive organic growth,” said Tarsus Group Managing Director Douglas Emslie.

He added, “The quality of our assets and the geographical positioning of our portfolio, targeted at faster-growing economies, is a key differentiator for the Group. In addition, our ability to offer our partners an entrepreneurial culture in which to further expand their business has enabled us to capture attractive strategic opportunities in 2014.”

Last year was a continued growth year for Tarsus, with the company adding five new shows to its portfolio.

In December 2013, the Group agreed to acquire 50 percent of China (Shenzhen) International Brand Underwear Fair ("SIUF"), which runs the leading Asian show for underwear. The acquisition was completed in March 2014.

The first event under Tarsus’ ownership will take place in May 2015 and bookings tracking in-line with management expectations.

In March 2014, the Group purchased 100 percent of the assets of HealthScienceMedia Inc. in the U.S., which organizes the Cardiometabolic Health Congress ("CMHC").

In November 2014, Tarsus also bought 100 percent of the South Beach Symposium (“SBS”), a leading dermatology event based in Florida.

Both of these acquisitions will further accelerate the development and repositioning of the medical business in the US.

In July 2014, Tarsus acquired 60 percent of 3D Printshow, which owns a portfolio of market leading annual events in London, Paris and New York. 3D Printshow is in a fast developing sector and has strong growth opportunities.

In addition, Tarsus expanded some of its existing brands, such as AAITF and Zuchex, into Indonesia last year.

Tarsus also agreed to sell up to 18 percent of its French business in 2014 to its French management in an effort to reduce its exposure in the country.

The U.S. business saw positive gains in 2014 with Labelexpo Americas scoring 13 percent revenue growth, strong visitor attendance and record re-bookings for the 2016 event; the anti-aging events in Orlando (May) and Las Vegas (December) were both strong shows with record attendances in 2014; and Both OFFPRICE events in Las Vegas during 2014 performed well with solid revenue growth.

Importantly, given increased competition for exhibition space in Las Vegas, OFFPRICE extended its venue contract to 2019.

This year started off strong with The February OFFPRICE show in Las Vegas pulling in positive attendance numbers and other shows throughout the year, especially the large biennial events - Labelexpo Europe and the Dubai Airshow – tracking well.

Forward bookings for 2015, on a like-for-like basis, currently are more than 10 percent ahead of those for 2014 (adjusted for biennials and acquisitions).

The company also looks to grow even more with the planned launch of 13 brand replications in 2015 in targeted geographies.

“Owing to the timing of our large exhibitions trading is heavily biased in favor of odd years,” Emslie said of this year’s outlook.

He added “Forward bookings for the Group’s major events in 2015 are strong across the board and the two largest exhibitions, Labelexpo Europe and the Dubai Airshow, are well ahead of their previous editions. Given the current global geopolitical environment, we have been deliberately cautious in our budgeting for 2015 but are increasingly positive about our trading prospects.”