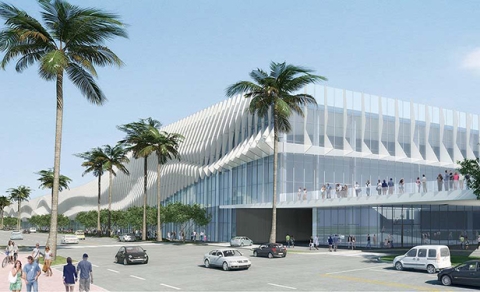 Effective June 1, the agreement is on a fast track to finishing in early September to coincide with the completion of the MBCC’s $620 million, venue-wide renovation project.

The facility’s tech upgrades, with the partnership of the local internet service provider Hotwire Communications, will include enhanced network cabling speeds and capacities, high-speed internet and telephone services.

As a result, MBCC’s new network will have the capabilities to support large-scale data and technology needs of the industry’s most complex events.

“The capabilities of this network upgrade and its unparalleled connectivity is the final piece of the Miami Beach Convention Center’s re-imagine process over the past two and half years,” said Dave Anderson, senior vice president for Spectra, which manages the facility.

The project includes the following upgrades:

Executives of Smart City, which have serviced the MBCC for more than 15 years, expressed their excitement about the project and what it will mean for events hosted at the facility.

“Our network design in Miami includes new redundancy features that will ensure flawless performance during the largest and most challenging events,” said Mark Haley, president of Smart City Networks.