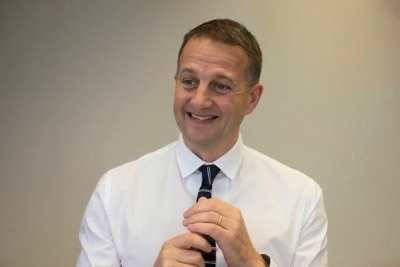 There were several high-profile shifts in show management recently, with some people retiring, others named into new positions and another taking on a new role altogether.

The National Shooting Sports Foundation promoted Melissa Schilling to the position of director, Exhibitions & Conferences. Schilling’s most recent position with the organization was director, Recruitment & Retention, a title she held since 2012.

Schilling worked on the development and organization of NSSF’s many conferences and shows, including its annual Industry Summit, Congressional Fly-In and the SHOT Show, one of the country’s largest trade exhibitions, attended annually by more than 65,000 firearms industry professionals from all 50 states and more than 100 countries.

“Melissa has risen steadily over the course of her career with NSSF,” said Chris Dolnack, NSSF senior vice president and chief marketing officer.

He added, “She has a proven track record of managing for results and is well respected by everyone she works with. Melissa has a remarkable ability to build and maintain strong professional relationships and I’m confident that she will be very successful as our Director of Exhibitions & Conferences.”

Paul Miller joined Penton as group president with responsibility for a broad portfolio that includes energy and buildings, design engineering and sourcing and manufacturing and supply chain markets.

“Paul has a keen ability to grow businesses, both organically and via acquisition,” said David Kieselstein, CEO. “He’s an inventive leader with a strong strategic vision, exceptional digital knowledge and the ability to help us develop and expand our business in new and compelling ways.”

As the former CEO of UBM Tech, Miller drove the $200 million business unit’s expansion into digital content and services, as well as international expansion into Europe, Asia and Latin America.

Miller is replacing Bob MacArthur, who is retiring and started at Penton as district sales manager in the electrical industry brands.

In this role, Price will lead TL’s team of event strategists in developing and implementing new ways to grow shows and energize events.

Price most recently was vice president at GASC/NPES, where he oversaw Graph Expo and PRINT.

Hargrove hired three sales executives and promoted three employees to new sales positions. Dawn Holden was hired as an exhibit sales executive, Nadine Isvarin as a senior sales executive for events and Tanner Cooley as a sales associate for trade shows and exhibits.

Promoted from within, Kathleen O’Brien and Andrea Long both join the exhibit sales team, while Tiffany Ball was promoted to senior sales executive for the events department.

“It’s exciting to not only bring in new expertise and talent, but to also reward the drive and accomplishments of our current employees,” said Tim McGill, Hargrove CEO. “Our sales teams are continuously growing and propelling the company to higher successes because of their desire and capability to provide exceptional client experiences.”

Amanda Kunkel was promoted to the position of eReg Sales account executive with Convention Data Services (CDS) of Bourne, a provider of registration and lead management services. She brings to her new position more than nine years of experience with the company and the tradeshow industry.

Most recently, she was senior account executive at General Graphics Exhibits, a Group Delphi company, where her responsibilities included client acquisition and development of new business opportunities.

People News: Ungerboeck Names Chandak New Prez/CEO; CTIA’s Rob Mesirow Goes to PwC
People hirings and promotions seemed to be happening at warp speed as winter turned into spring, with suppliers and show management companies strengthening their ranks.…
People News: Simon Foster Tapped to Lead Comexposium; PMMI Names Jim Pittas President, CEO
The winter months ended with a flurry of hirings and promotions in several for-profit companies and association show organizations, as well as suppliers to the trade show…
People in the News: Cathy Breden Named Executive Vice President of IAEE, Sharon Enright Upped to Executive Vice President of Business Journals Inc.
The holidays brought good cheer for companies looking to hire or promote from within throughout the end of 2014. The International Association Exhibitions and Events…
People News: SHOT Show, National Grocers Association and More Make Hires; 8 New CSEPs Awarded
Summer may be the season for out-of-office notifications and slower days, but not so in the trade show industry. Catch up on the latest flurry of hires and promotions the…
People News: Meat Institute Promotes Anne Halal, Susan Katz Joins PCMA, SnowSports Industries America Names Nick Sargent President
Summer hiring and promotions continued through the middle months, with the Meat Institute, Professional Convention Management Association and SnowSports Industries America…
People News: Reed Exhibitions Names New Directors for Travel, Fashion and Vision Shows
Supplier and show organizers alike promoted from within and brought on new personnel for a variety of positions across the trade show industry in the past month. Reed…