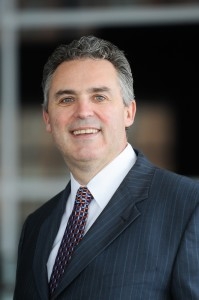 More than1,000 industry professionals will gather this spring at the re-designed Foundation awards event, the 2016 Visionary Awards, to celebrate the honorees.

Attendees will experience an Oscars-like evening with red carpet arrival, awards show and after party, hosted by the PCMA Education Foundation and presented in partnership with the Austin Convention and Visitors Bureau and Austin Convention Center.

“The enhancement of our 2016 Lifetime Achievement Honoree celebration brings a bright spotlight on three industry professionals that embody the word ‘visionary,’” said Chair of the Board of Trustees, Gary Schirmacher.

He added, “All three have advanced the organizations and collectives where they have worked, transforming them to places they could only have dreamed of going prior to their leadership; this April, we celebrate their vision.”

Johnnie White, senior director, Education, Meetings and Global Affairs at the American Academy of Otolaryngology - Head Neck and Surgery, has been a PCMA member since 1999. From day one, he has been “involved” in the organization. Rising through the Capital Chapter’s volunteer leadership to the President of the Chapter, Johnnie began serving on the PCMA Board of Directors in 2007 and shone brightly as the 2013 Board Chair. As Chair of PCMA, Johnnie led many important initiatives:  He created an Advocacy Task Force to support PCMA’s involvement with the Meetings Mean Business Coalition and other industry advocacy initiatives, he led the development and launch of PCMA’s 20 in their Twenties program – recognizing the best and brightest emerging leaders in the industry, he challenged PCMA to expand its global presence by creating a Global Advisory Group, he helped improve PCMA’s technology functions, including the implementation of Catalyst (PCMA’s online community).  Throughout his Chairmanship, White never lost sight of these goals, ultimately driving the organization forward.

White has never said “no” to PCMA. He has served on countless committees and task forces; he has proven himself as a leader, educator and innovator – greatly admired by all those he has mentored, for the risks he has taken and the passion he displays, every single day, for the industry we all love.

Janet Jakobsen is a fifth generation hotelier, who has worked for a variety of companies in the hospitality industry, before arriving at her current Professor position at Niagara College’s Hospitality and Tourism Program. Janet, a PCMA member since 1993, has been instrumental in introducing PCMA to Canada; beyond serving as a founding Board Member for the Canada East Chapter, she has taken on the leadership role of introducing her students to PCMA - organizing student attendance at Convening Leaders since 2009. In 2013 Janet escorted a record number of students to the Boston meeting, with 5 of those students going on to be selected as the first Canadians to be recruited as Interns to an 15,000 person international conference organized by Precision Meetings. Jakobsen has always been a passionate advocate of industry scholarships, her students have been awarded a variety, from the Roy B. Evans Scholarship, to Starwood Hotels Scholarship, to PCMA Education Foundation Scholarships for Convening Leaders.

Above all, Jakobesen has been a trailblazer. She was the first Canadian and the first supplier to Chair PCMA’s International Education Committee, in addition to being one of the first Canadians and first suppliers to obtain the CMP designation. At time of her CMP application there were no study groups or other educational support in Canada; Jackobsen enrolled in the PCMA CMP Correspondence Course and did her lessons on her daily Go Train commute - sending off her work to HQ, then waiting to receive her marks and the next lesson via postage carrier. That was almost 20 years ago.

Jim Rooney is president and CEO of the Greater Boston Chamber of Commerce. Prior to joining the Chamber in 2015, he was executive director of the Massachusetts Convention Center Authority for nearly 15 years, overseeing the Boston Convention & Exhibition Center, the John B. Hynes Veterans Memorial Convention Center and the MassMutual Center in Springfield, Mass. A PCMA member since 2003, Rooney has been dedicated to the meetings industry and advocating for its importance worldwide, serving on both the Board of Directors and Board of Trustees and chairing numerous committees including the first Virtual Edge Institute Board Task Force Chair, helping to lead the strategy for PCMA’s complete purchase of the organization.

In addition to his work leading a top 10 meetings and conventions city, Rooney also is an international thought leader in the study of the benefits of meetings and conventions beyond the traditionally measured tourism metrics, including economic development. He also is a leader in Corporate Social Responsibility, including the creation of Boston’s successful and renowned Conventions C.A.R.E. program which encourages planners and exhibitors to donate unused event materials and supplies to local nonprofits, instead of paying to ship them back to the office.

Rooney is a mentor and advocate for the entire meetings industry. Serving on PCMA’s North American Advisory board to Tourism Mexico, he has given freely of his time to assist in enhancing the efforts of countries outside the U.S. Over his career He has also befriended and counseled many executives new to their DMO and Center roles; sharing both his successes and challenges on becoming the very best convention facility they can be, while working within their community and exceeding the expectations of meeting planners and their attendees.