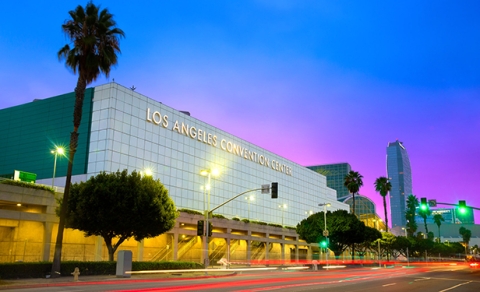 The Los Angeles Convention Center has claimed bragging rights for being the first convention center in the U.S. to permanently install a 5G wireless network.

Improving on 4G LTE that currently accounts for approximately three-quarters of total mobile connections in the U.S. (excluding licensed cellular IoT), 5G is the fifth generation of wireless internet and voice services designed to move data faster and be more responsive, dramatically increasing wireless speeds and capacity to transform services such as AI, VR and video calling.

He continued, “This is a significant development that will drive technological advancements in our city, reinforcing Mayor Eric Garcetti’s goal that Los Angeles will continue to be the number one digital city in the United States.”

“5G will transform the way billions of people consume media and entertainment on their mobile devices and the LA entertainment and mobile tech communities will be key in shaping how it will all come together,” said Reed Peterson, head of MWC Americas and global strategy, operations and corporate development for GSMA, the global trade organization for the mobile industry.

He continued, “The LACC is taking a visionary approach in deploying its new 5G network, providing next-generation capabilities for exhibitors and attendees at Mobile World Congress Americas, and many other events, well into the future.”

According to LACC officials, the more powerful wireless network will not only enable the next level of technology at the venue, as showcased at MWCA, but is also the kind of technology that can facilitate additional uses including improved Internet of Things, autonomous vehicles and smart cities.

“The 5G installation will be the legacy of MWCA at the Los Angeles Convention Center,” said Ellen Schwartz, general manager of the LACC, which is owned by the City of Los Angeles and managed by AEG Facilities.

She continued, “In addition to 5G, approximately 100 new antennas have been connected in the facility. All 4G LTE networks have been upgraded, bringing the best in wireless to future events held at our convention center.”