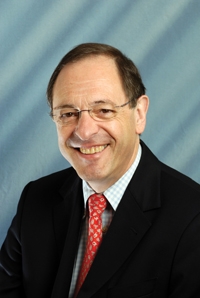 Vincent Gerard, long-time managing director of UFI, The Global Association of the Exhibition Industry, has passed away.

"It is with great sadness that we heard about the passing away of Vincent Gerard, UFI's managing director between 2001 and 2010,” said Sergej Alexeev, UFI president.

He added, “Our thoughts are with his wife Catherine and the family. We have lost a great colleague, a strong promoter of our industry, and a close friend. Despite his health fading away, Vincent was following UFI and the industry all the time, and he stayed in touch with many friends from all over the world. Now he will follow us from another place. He will be missed, and we remain grateful for everything he did during his years at UFI and beyond.”

Gerard, who was also an architect, began his career outside of the exhibition industry, working for the United Nations in Rwanda, Africa, where he constructed schools for several years. He then worked six years for Belgian contract contractors on projects in Africa and the Middle East.

In 1986, he switched over to the exhibition industry, organizing for 15 years the international agriculture fair Agribex in Brussels, as well as matchmaking summits for industrial cooperation with several international institutions, including UNIDO (Vienna) and ESCAP (Bangkok).

During that time, Gerard formulated a new strategic plan for the exhibition industry and grew UFI’s presence worldwide.

"Vincent was popular throughout the exhibition and trade fair community worldwide," said Jerry Kallman, who runs Kallman Consulting Services. "He assumed the leadership of UFI at a challenging time and introduced solid management principles and a steadying hand when they were sorely needed. His stewardship as the Secretary General of the InterEXPO Congress also reflected his dedication to orderliness and even-handed guidance."
He added, "Although he understood the inevitability of ALS, he never complained or lost his joie de vie.  His devoted wife Catherine displayed the same stoic attitude and simple courage."