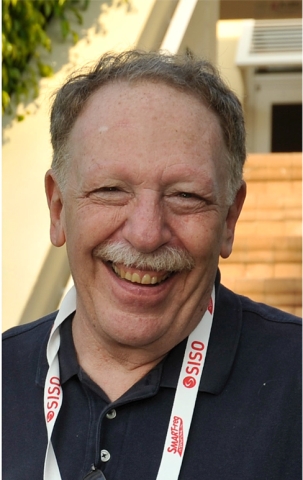 The Society of Independent Show Organizers’ long-time general counsel Henry Schaffer. passed away March 1 after a lengthy disease with Alzheimer’s.

Henry served as SISO Legal Counsel from the 1990’s through his retirement in October of 2014.

“Henry served SISO for most of its existence and was a valued member of its leadership. His knowledge and expertise of our industry was vast,” said David Audrain, SISO executive director.

He added, “The SISO Membership extends its sincere condolences to his family.”
Anyone wishing to send notes or donations, please click here: https://www.shiva.com/henryschaffer/

Henry previously was counsel to the law firm of Jenner & Block, LLP with offices in Chicago and Washington, D.C.

He graduated from University of California at Berkeley, where he received his J.D. degree in 1973, and concentrated his practice on the general representation of not-for-profit, tax-exempt organizations with a particular emphasis on the activities of such organizations in the meetings, trade shows, hospitality and travel areas.

A one-time college professor, Henry also taught at the University of Toledo College of Law during the 1980s, serving as a Co-director of that institution’s Civil Law Clinic.

Henry represented clients in the sale and purchase of both large and small trade shows.  In addition, he was extensively involved in negotiating and litigating matters involving copyright law and licensing agreements for clients with ASCAP, BMI, and SESAC, the leading performing rights organizations.

Long-time Experient VP Terence Donnelly Passes Away
The trade show industry lost one if its own July 20, Terence Donnelly, a long-time executive at Experient and a good friend to many. “Terence was full of positivity, always…
Long-time UFI Managing Director Vincent Gerard Passes Away
Vincent Gerard, long-time managing director of UFI, The Global Association of the Exhibition Industry, has passed away. "It is with great sadness that we heard about the…
Former SISO Chair and Industry Icon James Bracken Passes Away
Former SISO Chair and retired exhibition industry icon James Bracken passed away on Jan. 18. He was 87. Bracken served as SISO’s chair in 2004, and SISO officials expressed…
Hargrove Founder Earl C. Hargrove Passes Away
Earl C. Hargrove, founder of Hargrove, a general service contracting company, passed away at age 86. Hargrove CEO Tim McGill and President Carla Hargrove-McGill issued…
Tradeshow Industry Trailblazer Jerry Kallman Passes Away
Typically, TSNN would write a straightforward news article on a long-time member of our industry’s passing - Gerald G. "Jerry" Kallman, Sr. – Jan. 10, 1931 - May 20, 2020 (…
ASAE President and CEO John H. Graham IV Passes Away
ASAE’s President and CEO, John H. Graham IV, FASAE, CAE, has passed away after an extended battle with cancer. “While no words can adequately express our deep sorrow at…