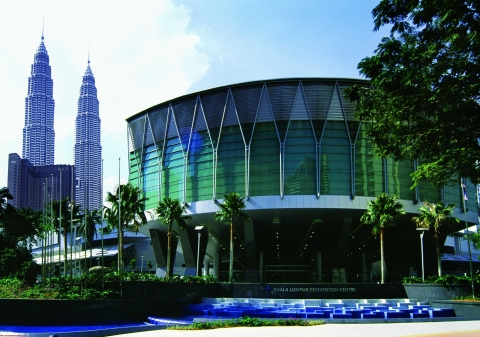 The seven-year-old Kuala Lumpur Convention Centre continues to record healthy growth in all business segments, despite headwinds from the United States and Europe.

Between Jan. 1 and Oct. 31, KLCC hosted 1,258 events, a 15-percent increase, compared with the 1,097 held in the previous corresponding period, serving 1.37 million delegates and visitors.

Here are some of the more notable events:

The Royal Australasian College of Surgeons 81st Annual Scientific Congressin May, which saw 1,250 delegates come together during five days, making this the largest multi-disciplinary surgical meeting.

3,000 lung experts converged at the Centre just a few weeks ago for the 43rd Union World Conference on Lung Health. The five-day conference generated an estimated USD14.1 million (€11.1 billion) in economic impact.

On the marketing front, KLCC’s Web site was given a major makeover driven by the advancements in design technology and the need to “think forward and push boundaries”, according to center officials.

The results were a more content-rich and user-friendly site, offering key information on the center, including its range of products and services.

These initiatives were in addition to the Wi-Fi upgrade of 40MB that is offered on a complimentary basis to guests.

Speaking on the sidelines of EIBTM 2012, Director of Sales and Marketing Angeline Lue said that while KLCC is delighted with its performance to date, “We remain flexible and innovative in order to continue delivering value-add and world-class products and services to meet the evolving needs of our local, regional and international clientele. Moving forward, there will be exciting plans to share with everyone. So, expect to hear more from us very soon.”