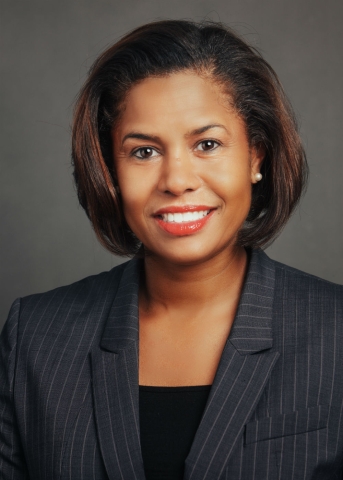 Julie Coker Graham officially stepped into her new role Jan. 1 as the president and CEO of the Philadelphia Convention & Visitors Bureau (PHLCVB).

She assumed the role following the retirement Dec. 31 of former President and CEO Jack Ferguson.

In June 2014, Coker Graham was promoted to executive vice president of the PHLCVB as part of a strategic succession plan that allowed her to continue leading the organization’s convention sales efforts, while expanding her responsibilities to include overseeing all of the PHLCVB’s departments and operational duties.

A 21-year Hyatt Hotel Corporation veteran, Coker Graham will be the only female African-American president and CEO to lead a major CVB in the top 50 U.S. markets.

“Julie Coker Graham is a talented, experienced and respected professional and her hard work and dedication to Philadelphia during her tenure at the PHLCVB has been pivotal to the city’s continued recognition as a first-choice destination for all visitors,” said Nick DeBenedictis, PHLCVB chairman. “I have great confidence that she is the right leader to build upon the successes of Jack Ferguson and maintain the PHLCVB’s reputation as one of the most recognizable destination marketing organizations in the country.”

As the primary sales and marketing agency for the expanded Pennsylvania Convention Center, in 2014 the PHLCVB boasted its strongest convention booking year in a decade.

Between May 2014 and December 2014 alone, more than $870 million in new business for future years was booked into the Pennsylvania Convention Center.

Coker Graham will work to continue this momentum with new and innovative sales and marketing initiatives. The PHLCVB is also the official tourism promotion agency for Philadelphia globally and under Coker Graham’s leadership will continue efforts to further promote travel to Philadelphia, which moved from the 21st to the 15th in overseas visitation rankings.

“It is a great honor to be assuming the position of PHLCVB President & CEO. On the heels of a visit by Pope Francis in September that drew nearly one million national and international visitors, Philadelphia’s star continues to rise across the globe. It is an extremely exciting time to be taking the reins,” said Coker Graham said.

She added, “As we look ahead to a year that includes the City of Philadelphia hosting the 2016 Democratic National Convention and tens of thousands of delegates and leaders from around the world, I look forward to sharing Philadelphia’s story.”

In addition to the DNC, in 2016 Philadelphia will host the American Institute of Architects convention, the African Methodist Episcopal Church Bicentennial, the American Association for Clinical Chemistry meeting, the American Chemical Society meeting and the Copa America soccer tournament, among many other conventions and events in 2016.

Coker Graham joined the PHLCVB after serving as General Manager at Hyatt Regency Philadelphia at Penn’s Landing, where she oversaw all operational aspects of the 350-room hotel, which is the only hotel in the city located on Philadelphia’s revitalized waterfront area.

A 21-year Hyatt veteran, she began her career there in 1989 as a corporate management trainee at Hyatt Regency Columbus and held various positions at the hotel until 1992.

In 1998, she was promoted to General Manager at Hyatt on Printer’s Row in downtown Chicago.

From there, she was promoted to General Manager at The Lodge, a Hyatt property in Oak Brook, a suburb of Chicago. She was a nominee for General Manager of the year for Hyatt Hotels Corporation 2004 and 2006.