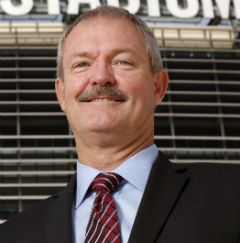 The International Association of Venue Managers (IAVM) has selected Brad Mayne as its new president and CEO, effective July 19. Mayne also will serve as the president and CEO of the IAVM Foundation.

“Throughout his career, Brad has garnered respect from every facet of our industry,” said Karen Totaro, CFE, IAVM chair. “He has worked across sectors in various leadership roles, including within IAVM, which have earned him awards and praise. We are excited to have him take over the helm of IAVM.”

The previous IAVM CEO Vicki Hawarden stepped down earlier this year and a series of interim CEOs took her place, including retired San Diego Convention Center Manager Carol Wallace, while an executive search firm looked for a permanent person for the position.

“I am thrilled to take on this new professional challenge for an organization that is critical in advancing the work and professional practice of venue management and is so highly valued among industry professionals,” Mayne said.

The appointment of the veteran public assembly venue professional and one of the industry’s most respected and accomplished practitioners brings Mayne back to the Dallas area, where he served as president and CEO of Center Operating Co. and the American Airlines Center from 1998-2012.

Mayne earned a Bachelor of Science degree in Leisure Studies in 1978 from the University of Utah before embarking on his public assembly venue career at the Salt Palace Center in Salt Lake City, Utah. He earned his Certified Facilities Executive (CFE) designation in 1992.

Mayne most notably has been involved in IAVM through his service at the Venue Management School at Oglebay and the school’s Graduate Institute, where he has served as dean since 2012 and served on the school’s Board of Regents since 1997.

Among the list of awards he has received throughout his career are the Charles A. McElravy Award in 2009 and the Legacy Award from the IAVM Foundation in 2011.

“Having an industry leader with Brad’s abilities, relationships, and leadership will help advance the strategic goals of the Foundation, which works to ensure the perpetual success and growth of the public assembly industry,” said Bob Hunter, CFE, incoming chair of the IAVM Foundation.