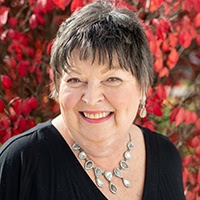 The International Association of Exhibitions and Events unveiled this year’s recipients of its awards program, which recognizes IAEE members and member companies who have made outstanding contributions to the exhibitions and events industry.

Along with the Woman of Achievement and International Excellence award winners, which were announced earlier this year, these award recipients will be honored during Expo! Expo! IAEE’s Annual Meeting & Exhibition on tap Dec. 11-13 in New Orleans.

The 2018 IAEE Award Winners were selected after careful consideration and review by the IAEE Awards Committee and approval by the IAEE Board of Directors following an open call for nominations earlier in the year.

“We received outstanding nominations for IAEE members who are going above and beyond to make a difference in our association and our industry,” said IAEE Awards Committee Chairperson Patricia Farias Barlow, CEM.

She added, “We are proud to honor them with these awards, and grateful to the IAEE members who take the time and effort to put forth their nominations.”

The Pinnacle Award recognizes an IAEE member who, over the years, has furthered IAEE’s objectives of advancing exhibitions and events management through the promotion of education, the dissemination of knowledge and the introduction or development of innovative techniques, and who has been dedicated to the perpetuation of the highest ideals, trust and professionalism in this highly specialized field.

The award was established in memory of the late Founder and Past President of IAEE (formerly NAEM) William Hunt Eisenman and is presented by IAEE in recognition of extraordinary achievement in the exhibitions and events management field.

As a show manager, she worked on such shows as “Nefta-gaz” in Moscow and CONEXPO, among others. For 17 years, she worked and developed her skills under the leadership of Dwyer. When the company sold, she took the experiences and knowledge she had gained with her to Hall-Erickson.

Fojtik worked with Hub Erickson as a show director on such shows as “Automechanika” serving the automotive industry located in Frankfurt, Germany.

It was in 1984 that she really opened new ground for women in trade shows when she managed the U.S. Pavilion at “Automechanika” at a time when there were very few women managing trade shows overseas.

Fojtik had one of the biggest U.S. Pavilions, which resulted in her co-authoring a book called Marketing by Exhibiting in the Global Market.

Together with creative talents of Exhibitor Magazine, Fojtik helped launch one of the trade show industry's most exciting trade shows, “The Exhibitor Show” now known as “EXHIBITORLIVE.”

The first show was launched in 1989 with 75 exhibitors that occupied 14,000 net square feet of exhibit space.

Under her direction, the show has grown to almost 300 exhibitors occupying more than 60,000 net square feet of exhibit space. For almost 30 years she has led the team to produce an exciting and successful event.

Fojtik also was recommended to the National Mining Association to manage and direct the world's largest mining equipment show called "MINEXPO" in Las Vegas. With more than 1,200 exhibitors and occupying a million net square feet-plus of exhibit space, Fojtik again broke new ground as the first female to manage that major trade show.

Fojtik has been a loyal IAEE member since 1985, serving on various committees on both the national and local levels.

Many of IAEE’s programs boast her contributions and dedication to serving IAEE’s membership and objectives. She is known for her generous mentorship and has helped shape many of today’s well-known industry leaders.

Across the industry, Fojtik is well known for her expertise in the management of trade shows, making her a regular presenter in the U.S. and abroad. The indelible mark that Fojtik has made on IAEE as an organization, and the overall exhibitions and events industry, embodies the spirit and significance of the IAEE Pinnacle Award.

The Distinguished Service Award is presented to an IAEE member in recognition of an individual who has rendered distinguished service to IAEE and to the exhibition industry. Qualifying criteria includes extraordinary service and contributions at both the local and national levels that have furthered the growth and development of this organization.

When representing IAEE, the honoree will have served as a role model for the industry. This year’s recipient is Ian Sequeira, Vice President, Research & Measurement, Freeman.

The Chapter Merit Award recognizes IAEE members whose ideas and/or work have benefited IAEE as an organization in some special way and is generally reserved for those who have stepped forward at the chapter/local level.

The Volunteer of the Year Award recognizes IAEE members who have dedicated their time to the progress and fulfillment of the charge of a committee or task force on which they serve. This year’s award recipient is Cookie Walner, CMP, CMM, CAE, CEM, HMCC, Global Project Manager, ConferenceDirect.

The Young Professional of the Year Award recognizes excellent professional performance by IAEE members 35 years of age or younger who have committed their time to advancing the standing of young professionals in our industry. This year’s award recipient is Tara Allen, CEM, Sales Manager, GES.

Click here to see this year’s winners! Details about Expo! Expo! IAEE’s Annual Meeting & Exhibition 2018 may be found at www.myexpoexpo.com.

Kudos to Carol Fojtik for…

Kudos to Carol Fojtik for being recognized not only as a Woman of Achievement, but a pioneer in bringing attention and exhibitors to the advantages of international marketing through trade fairs and exhibitions. Europe and Asia were "Terra Incognita" for American marketing managers in the early '80s. Carol was a trail=blazer. Those of us "laboring in the vineyards" of German, French and English exhibitions welcomed her entry and successes, bringing added notice that US products and American industrial ingenuity could be sold beyond the water's edge.