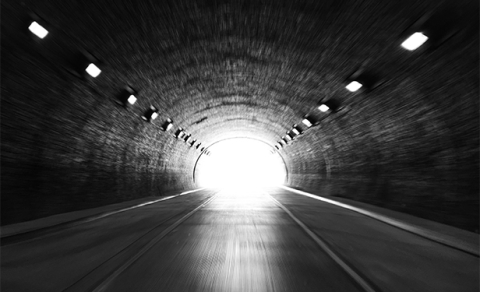 As the events industry readies to turn the page on the COVID-19 dark times with a seemingly speedy recovery, a final chapter recording the final ugly numbers from 2020 is coming together.

The U.S. Travel Association released a report on Wednesday indicating the U.S. economy lost out on $1.1 trillion dollars from travel. Along those same lines, the data shows travel-supported jobs fell by 5.6 million in 2020 (16.7 million to 11.1 million) while the industry’s footprint shrunk by 42%. As proof that the pandemic disproportionately hurt the travel and hospitality world, 65% of all lost American jobs stemmed from those fields.

Meanwhile, the Center for Exhibition Industry Research also revealed its findings from last year’s final quarter. According to CEIR, all but 3% of originally scheduled events (regional and small-scale, in general) were cancelled — a decline worse than in 2009, the nadir of the Great Recession. For the year, there was a 78.8% decline in exhibitions for 2020.

State and local restrictions on gatherings and corporate no-travel policies were the primary cause of the steep drop, CEIR said in its report. As we enter the end of 2021’s first quarter, many states, including Texas and Nevada, have relaxed rules to allow events. And President Biden’s declaration that all American adults will be eligible for a vaccine by May 1 will likely encourage groups to greenlight greater amounts of business travel during the second half of the year.

“With more states eliminating or easing restrictions on large gatherings, the exhibition industry is finally close to the end of the tunnel,” said CEIR CEO Cathy Breden. “As the economy enters into an expansion phase and with a majority of the population vaccinated, the recovery of B2B exhibitions should begin by the end of this year and gain momentum in 2022.”

Moreover, 79% of Global Business Travel Association members and stakeholders say they would be comfortable traveling for business after receiving the COVID-19 vaccination.

Following suit, the second half of 2021’s calendar is jam-packed with events as postponed gatherings filling in any gaps left from events originally scheduled for this fall and winter. Houston, for instance, is expecting a record six-month period for citywides to close out this year. The World of Concrete, MPI’s World Education Congress and IMEX America are just three examples of gatherings expected to bring thousands to Las Vegas.

“My job is 90% back now to what I used to do,” remarked Meetings Made Easy Owner and Founder Mike Ferreira, whose organization sources hotels and other venues for corporate groups.

More work continues to improve the situation for companies who lost so much last year, according to USTA, which said nearly 300 virtual meetings between industry leaders and members of Congress were scheduled for Wednesday. Talking points include:

Roger Dow, president and CEO of the USTA — scheduled to hold its trademark IPW event Sept. 18-22 in Las Vegas — said the measures would augment the assistance coming from Biden’s recent $1.9 trillion stimulus package. He is anxiously awaiting approval on tax relief provided by the as-of-yet unpassed Hospitality and Commerce Job Recovery Act and an extension on PPP loans set to expire in two weeks.

“While the gradual progress of vaccinations has provided hope that a turnaround may be on the horizon, it is still unclear when travel demand will be able to fully rebound on its own,” Dow said. “With the travel industry suffering such a disproportionate share of losses, policymakers need to understand that a nationwide economic recovery effectively hinges on a travel recovery.”

Future Looks Bright for the U.S. Exhibitions Market
Healthy growth The U.S. remains the world’s biggest exhibition market, valued at $12.8bn in 2015. In a year when many of the exhibitions markets experienced a slowdown…
Vision Expo to Debut a Fresh New Look in March 2020
The Vision Council and Reed Exhibitions are gearing up to present a reimagined Vision Expo, the bi-annual trade show and conference for ophthalmic professionals, next year.…
Center for Exhibition Industry Research Unveils Trade Show Economic Impact Calculator
The Center for Exhibition Industry Research recently unveiled its Trade Show Economic Impact Calculator. “CEIR’s Trade Show Economic Impact Calculator will help…
HCEA Launches New Look with New Logo
The Healthcare Convention and Exhibitors Association has launched a new look to further support their enhanced member benefits, education and support for professionals in…
New Calculator Tool Helps You Plan Physically Distanced Events and Exhibitions
As exhibitions and events grapple with how they are going to lay out their exhibit floors, meeting rooms and banquet areas, The Expo Group released a Crowd Density Calculator…
Asian Exhibition Industry Looks for Growth in Uncertain Times
Over 230 delegates from 21 countries and territories gathered in Singapore recently for the UFI Asia Open Seminar to take stock of their industry, which continues to grow,…