IBTM Americas Will Head to Music City in 2016 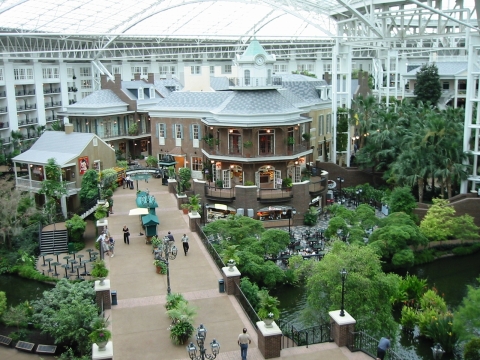 ibtm america 2015 featured more than 5,200 pre-scheduled appointments with mutually matched suppliers and buyers in a closed show environment that mixed business with networking and education.

Exhibitors averaged 29 appointments during the course of 2.5 days, according to ibtm officials.

“The excitement behind delivering our event in different key convention cities in the US adds variety and new experiences for all our attendees,” said Jaime McAuley, event director, ibtm america.

McAuley added, “Nashville is one of the hottest convention cities in America right now and whilst its very roots are in music (the Country Music Hall of Fame) there is also history, the arts, food – the city recently was nominated in the top 10 best BBQ cities in the US – and of course a variety of venues to benefit this industry. We will be there in one of its best months (June) and no doubt the town will be buzzing.”

The event will be held at the Gaylord Opryland Resort & Convention Center, the flagship property of Gaylord Hotels.

“There is no doubt that ibtm america will deliver not only another successful business event, but it will also deliver a real experience for all of our attendees,” McAuley said. “We fully expect many will want to either arrive early or stay on to make the most of the facilities, whether it’s to spend more time in downtown Nashville or at the Gaylord as this resort is certainly one of a kind in the USA.”

ibtm america 2016 will once again feature the all-inclusive innovative pod design, where exhibitors pay one price for a modular booth design ready on arrival for them to start the business of meetings.

Tina Gerson, director of national accounts at The Diplomat Hotel Florida, said of her experience as an exhibitor at this year’s event: "First experience of an ibtm event. I love the meeting pod concept, it takes it to another level compared to other shows. I loved the appointment system - everyone matched and I didn't need to even ask. I probably have a dozen solid leads from ibtm america and if just one books, it will have paid for my meeting pod! I would say 90% of hosted buyers who met with me had specific business for the future. I am looking forward to coming to Nashville in 2016!"

TEAMS Conference & Expo Heads to Atlantic City in 2016
TEAMS ’16, the world’s leading conference and expo for the sports event industry, will be held in Atlantic City, N.J. “We are very excited to bring TEAMS to Atlantic City,”…
ibtm china 2016 Will Focus on Sustainability, Social Media Strategy, Best Practices
ibtm china 2016, scheduled Sept. 7-8 at the China National Convention Centre (CNCC), is set to deliver an impressive line-up of international speakers, who will host…
ibtm china Will Host Thousands of Meetings
ibtm china is set to welcome a high-profile group of Hosted Buyers and exhibitors for the upcming12th edition of the event, taking place in Beijing Aug. 23-24. As the MICE…
Medical Apps Will Go Head to Head During MEDICA 2014
Developers of medical apps will have the opportunity to present their creations live at the App Competition during MEDICA 2014, World Forum for Medicine, to be held Nov. 12-…
CHINA MED 2015 Will Head to Beijing in March
CHINA MED 2015, 27th International Medical Instruments and Equipment Exhibition, will return in March to the China National Convention Center in Beijing. Certified by…
LIGHTFAIR International Will Head Back to Philadelphia in 2017
LIGHTFAIR International, billed as the world’s largest annual architectural and commercial lighting trade show and conference, will return May 7-11, 2017, to…