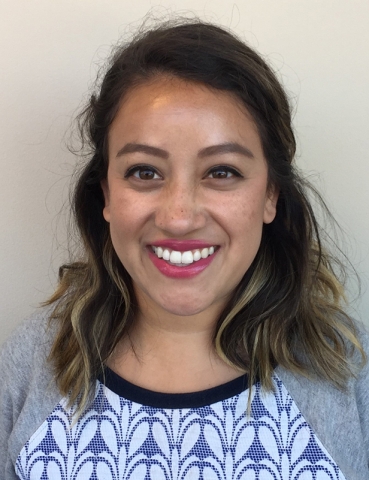 After being introduced to environmental science and sustainability in high school, Jessica Glenn knew what she was meant to do with her life. As the Director of Sustainability at Freeman, Glenn is driven to help show organizers produce more environmentally friendly events that also maximize the attendee experience by getting them excited about and invested in sustainability. TSNN had a chance to sit down with Glenn to hear about her passion for green events, how some shows are pushing the envelope to lessen their environmental footprint and how it truly takes a village to create a sustainable show.

TSNN: How did you begin working with sustainability and what does your role at Freeman involve?

Jessica Glenn: I’ve been interested in sustainability and the environment since high school but I was drawn to the corporate side of things because I thought it could have a bigger impact. I have a double degree in environmental studies and economics, and when I was out of college I did green building certification. When you’re building a building it’s a short-term project – companies hired us to certify their building and we only interacted with one company at a time. All of that got me thinking, what happens after we leave, how does this company operate on a day-to-day basis and what else are we doing besides just building a building?

When I began working with Freeman I realized that a lot of the raw materials at trade shows are the same materials we used on green buildings, only everything is on a much quicker timeline. Instead of building a building in 6-8 months, you’re basically building a city in about 48 hours, so it’s just an expedited process.

When a client mentions an interest in sustainability, my job is to make sure their objectives are achieved while still maximizing the experience of the attendees. It does vary from client to client – some might have more of an impact or an interest in different areas, so we’ll collaborate and talk about those areas more. With CES, for example, they’re really interested in being environmentally friendly but they also want to make a good impact on the Vegas community, and that’s only grown over time. In the fall of 2017, they were very much into “Vegas Strong” and wanting to work with local organizations to make an impact that would last after they were gone. It’s those kinds of opportunities that we look for and like to get creative with.

TSNN: Do your clients have to express an interest in green or do you make a point of educating them about what Freeman offers?

JG: It’s a bit of a chicken and an egg scenario – telling the client what we can do and waiting for the client to ask for it. This is why we’ve developed some of our standard operating procedures to be sustainable so we can provide them even if the client tells us last-minute that they care about sustainability. We’ve been starting to present what we’re calling the “Freeman Standard,” which is the baseline sustainability requirements of how we operate, letting the client know what we’re already doing behind the scenes but that we can also design something specific around their sustainability goals, just as we have in the past.

TSNN: Are more Freeman clients asking about green services or are you still seeing a disconnect in the industry?

JG: More are asking about them in their RFPs. I’m seeing a lot of clients asking for the bare minimum, such as our certifications and overall sustainability policies, which is a step in the right direction, as it starts the conversation and helps us remember to present our standard operating procedures. We’re seeing an increase in clients who want to take their sustainability practices a step further but who could also be communicating more and better with their exhibitors and attendees about what they’re doing. But just including sustainability in your RFP is a great step because it means you’re alerting people, including your own team, about what’s important to your organization and your show. We’re also seeing more sponsorship opportunities that come with sustainability.

TSNN: What are some of the “greenest” shows you’ve worked with recently?

JG: Oracle Openworld is a great client and a fantastic show – they started going green years ago before it was cool. They’re not afraid of setting big, hairy, audacious goals and are committed to a zero-waste show in 15-20 years, which they’ve done a really good job in tracking. They have a number of metrics that they go over each year and each year we kick off the next Oracle by reviewing the previous show’s report, and then they purchase carbon emission offsets. They also do a great job of ongoing communication and getting their attendees excited about their efforts.

Their first year they went water bottle free, which was a million-dollar savings for them. While it’s easy to dismiss that kind of low-hanging fruit, what that does mean is there’s a financial gain to sustainability, something a lot of people forget, that there are plenty of sustainability practices that provide cost savings or are cost-neutral.

Last year the show went very minimalistic with carpet. Even though carpet is reusable and some of it is recyclable, there are still emissions associated with that, as well as the water to clean it at the end of the event. By only carpeting their main aisles they also saved money in labor. They didn’t get any complaints about it, so it’s not as big a risk as people think.

The team at Greenbuild are great people and they’re always pushing the envelope, which we appreciate because it also helps us figure out how to accomplish something we haven’t done before, so it’s great to work with a client that’s always asking for more and more in the sustainability arena. Their Green Exhibitor Guidelines Program program helps them achieve their 80-90 percent diversion goal each year. I think they were one of the first shows to do it and it’s really extensive and well-thought-out. It started as a voluntary program and eventually became mandatory for all their exhibitors and exhibitor appointed contractors (EACs), and they did a great job of engaging all their stakeholders in supporting it.

Dreamforce does a fantastic job of offering activations and engaging their attendees in their CSR and sustainability elements and they’re definitely growing in how they’re handling them. They’ve had a long-term goal of taking all of the cloth materials and graphics from the end of one show and turning them into swag bags for attendees the following year, which is a super-creative, cool idea that we’ve been beta-testing for a few years now.

TSNN: How do you work with clients like that who want to implement something new that hasn’t been tried before?

JG: Something a client might want to do could be a great idea but just not feasible that particular year, so we’ll usually suggest a trial run in a really small scope for the first year and see how it works. The great thing is that vendors are also looking for more sustainable solutions, so just because something doesn’t exist today, that doesn’t mean you don’t set a goal for five years or so because in five years it might exist, or even in six months it might exist, but it’s not something you can put a timeline on. Even when you do and you’re not able to achieve it, that isn’t necessarily a failure so long as you’re sharing it with your stakeholders, whether they’re your employees, your exhibitors or your attendees and saying, “we didn’t get it done but here’s what we did do and here’s what we’re still struggling with.”

I think that’s just the nature of sustainability, that we’re always going to be working on it because we can always do better – it’s that carrot you’re never going to be able to eat – but it’s a process and an ongoing conversation for sure. It takes a team to achieve sustainability and it’s beyond just one client or general service contractor to get it done, so it’s important to bring all the stakeholders to the table and include them in the conversation.

TSNN: How can show organizers get their stakeholders more engaged in sustainability?

JG: It depends on your demographic but I think it’s easier to engage attendees – they’re excited to be there, they already know about your brand and company enough to purchase a ticket and come to your event, and there are a number of ways to make sustainability fun and engaging.

What I’m seeing more and more are shows offering some sort of activation for attendees. Greenbuild does a really good job of that, where they make it part of the conversation and very visible. For example, you can have one of your keynotes give an update about your sustainability goals or talk about how much waste your show has produced and diverted. Let people know that you care, that you’re keeping an eye on it and that they can help by including some sort of call to action in your email messaging and on social media.

With exhibitors and EICs, you may be just one of many shows they’re doing, so having them do a different routine at your event specifically can be harder. Try engaging them with your email blasts, letting them know that you’re interested in sustainability, maybe providing them with exhibiting guidelines, which can be boiled down into “here are 10 things we ask you to think about,” which is something Freeman includes in our exhibitor kit. Training employees to keep sustainability in mind also increases efficiency. Especially with move-outs occurring so quickly, thinking about the move-out during the planning can save time, money and resources.

Sustainability does require thoughtful planning and training but it can also offer attendees a more engaged and purposeful event if you share the story and make them part of the conversation.

TSNN: Why does sustainability matter to you?

JG: For me, a healthy earth is the ultimate necessity. Despite all the other problems we face as a civilization, if we don’t have clean water, air and food then we’re doomed.

I believe that an event is basically an open house for the attendees to experience your brand and walk away understanding what you’re truly about, so if you’re talking about sustainability, that’s your chance to prove you’re walking the talk and not just adding that little flavor on the side. I’ve heard it so many times, “we’re doing it because the Millennials care about it,” but it’s not just the Millennials who care about the environment – all of us want to leave the world better than where we found it, only now it’s becoming part of the conversation.