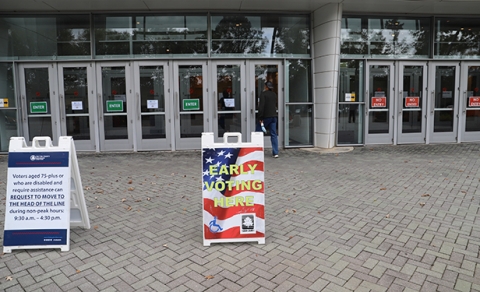 As the second-largest convention center in the state of Georgia, the 400,000-square-foot Georgia International Convention Center — like similar venues around the country — wasn’t accustomed to facing an empty events calendar for much of 2020. To stay afloat, GICC has shifted toward hosting events to help the local community, including food and blood drives, flu shot clinics, funerals and drive-up concerts. It’s also served as a free drive-thru COVID-19 testing site and most recently, as an early voting precinct for the November election.

“The City of College Park, the GICC and Gateway Arena have proudly been engaged from the beginning of the pandemic, providing a site for much-needed services to the community at-large,” said GICC Executive Director Mercedes Miller. “We are a community that cares about people and are honored to be a contributing partner that has been all about saving lives in every way we could.”

Earlier this summer, College Park Mayor Bianca Motley Broom began speaking with Miller and Fulton County Board of Commissioners Chairman Rob Pitts about becoming an early voting site after witnessing the long lines and obstacles faced by Fulton County voters during the June 9 primary election. On Sept. 14, the venue was officially selected as a voting precinct during a Fulton County Board of Elections meeting. 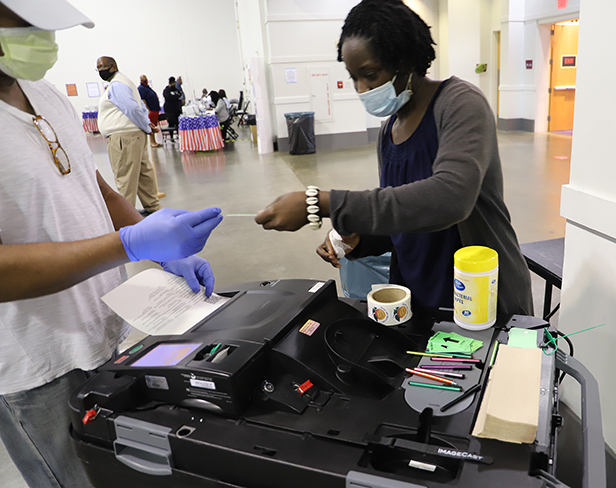 “After the difficulties we saw with voting earlier this year, city officials knew we were uniquely positioned to assist,” Mayor Broom said. “Our city-owned and operated convention center [has] ample space to keep voters safe while exercising their rights.”

Adding to its value as a polling place, GICC is accessible by the MARTA bus and rapid transit system via the ATL SkyTrain. It also offered parking during early voting, which began Oct. 12 and runs through Oct. 30.

So far, steady streams of Fulton County residents have taken advantage of the 50 voting machines set up inside the GICC’s 32,000-sq.-ft. expo hall. The process has gone smoothly, with voters able to socially distance as they wait in steadily moving lines to cast their ballots, according to GICC officials.

Miller said that during this challenging time, giving back to the community by hosting these special events has not only helped the venue stay viable, but has also provided a morale boost for GICC employees. Coming together to host these events has resulted in meaningful team building, as serving the community has helped staff to feel good about themselves and proud of where they work, she added.

“There is a strong bond between the citizens and the employees here at our facility, and we have a culture of giving back,” Miller said. “It is inspiring to me personally that despite our loss of business due to COVID-19, we have become creative in our efforts to stay viable while strengthening our residential, business and neighboring communities through service.”