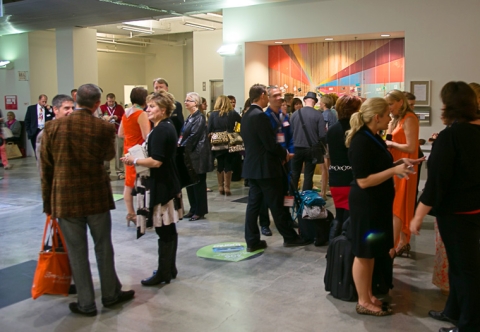 While the convention and meetings industry is able to breathe a sigh of relief today in Georgia, headaches abound in North Carolina, after both states recently dealt with legislation that was deemed discriminatory to the gay community by many.

The bill would have allowed churches to refuse to perform gay marriages and not hire people they felt conflicted with their religious beliefs, which prompted big-name companies, such as Coca-Cola, NFL and a bevy of Hollywood studios to say their business in the state would be threatened.

It also would not have bode well for the meetings and conventions business in the state.

He added, “By his decision, the governor has shown his continued support for one of the largest industries and employers in the state of Georgia.”

Gov. Deal said that Georgia was a “welcoming state with warm and loving people.”

He added, “If indeed our religious liberty is conferred by God and not by man-made government, we should heed the 'hands-off' admonition of the First Amendment to our Constitution. When legislative bodies attempt to do otherwise, the inclusions and omissions in their statues can lead to discrimination, even though it may be unintentional.”

In North Carolina, the High Point Market Authority is dealing with a swift backlash after a new law was passed that would block transgender individuals from using a public bathroom that matched their gender identity.

The committee said the law was not only causing damage to the High Point Market, but also the North Carolina economy overall.

“Based on the reaction in just the last few days, hundreds and perhaps thousands of our customers will not attend Market this April,” they added.

The High Point Market – Spring is on tap April 16-20, attracting more than 75,000 attendees to the biannual editions.

Both states possibly could have taken a page from Indiana’s lesson book, after that state passed the “Religious Freedom Restoration Act” last year that was later reworked when several large groups and businesses threatened to boycott the state.