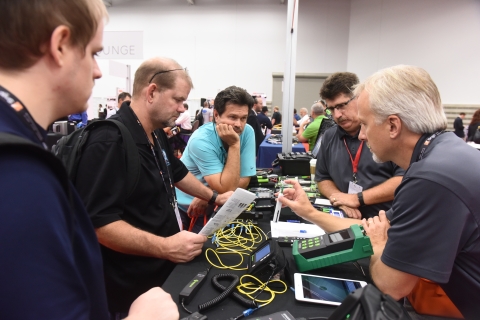 One of the largest trade show companies in the U.S., Emerald Expositions, is exploring a possible sale that would value the company at $2 billion, according to a Jan. 25 news report from Reuters citing unnamed sources.

Private equity firm Onex, which owns Emerald, has brought on Bank of America to manage the sale process of Emerald, the sources said.

Since then, Emerald rapidly expanded its portfolio with buys such as George Little Management for $335 million that included Surf Expo and the National Stationary Show, as well as other shows, in December 2013.

The CEDIA trade show is an event in the home technology market, serving industry professionals that manufacture, design and integrate goods and services for the connected home.

“We have a long and successful track record of collaborating with the leading associations in the industry sectors we serve to produce “must-attend” trade shows and conferences,” Loechner said.

He added, “I am confident that the combination of Emerald’s deep experience, professional capabilities and unrivalled scale in operating trade shows, together with CEDIA’s clear vision, market affinity and pre-eminent educational content will propel the show forward for the benefit of the entire industry.”

CEDIA 2015 ranked #94 on TSNN's latest list of Top 250 U.S. Trade Shows, which is based on net square feet. Terms of the deal were not disclosed.

Emerald also has made several other buys:

Emerald currently operates more than 50 trade shows, including 30 of the top 250 trade shows in the country as ranked by TSNN, as well as numerous other events.

The company’s events connect more than 500,000 global attendees and exhibitors and occupy 6.5-plus million net square feet of exhibition space.

If the Emerald buy materializes, it will be one of the largest buys in the past few years.

In 2014, U.K.-based bought U.S.-based Advanstar Communications for $972 million, which included the biannual MAGIC Market Weeks shows, as well as the Licensing Expo, among others.