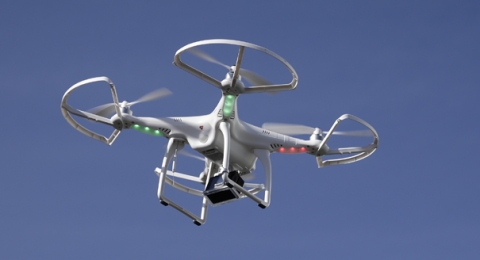 The 2014 International Drone Expo assembled the largest ever global gathering of the commercial drone community, according to organizers.

The two-day event featured exhibitors from around the world and attracted more than 3,000 buyers.  Industry leaders including DJI, 3DR, Drone Deploy, Aerial Media Pros, as well as many others, displayed their latest cutting-edge innovations throughout the show floor.

According to DJI’s Eric Cheng, general manager, DJI SF and Director of Aerial Imaging, DJI “The LA Droke Expo is a premier commercial drone expo, and is an important world-class event for the entire commercial drone community”

Greg Agvent, senior director of News Operations at CNN and keynote speaker, said, “This Expo is important for our community in so many ways. As a media professional, I need to have the best tools available to deliver to the public breaking news and to accomplish this in the most effective and safe way. Drones are a big part of the future of news coverage.”

The 2015 event is expected to draw 125 international exhibitors and more than 6,500 buyers from throughout the United States, Europe, Asia and Latin America.

The event will feature an exhibit floor displaying a variety of drones, parts and services for commercial applications in cinematography, photography, real estate, emergency response, agriculture, oil & gas, mining, and law enforcement, along with several other sectors for consumers and hobbyists.

The event also will include two “Hackathon” contests for professional drone engineers and software designers. The first contest will award a winner the title for “Best Drone Prototype”, and the second, “Best Drone Software Application.”

The International Drone Expo’s conference program will include hands on workshops covering topics and issues related to drones, as well as the opportunity for 333 Exemption signups for companies and individuals seeking the ability to operate legally.

Lisa Ellman, Former White House Staff Member and Justice Department Council on sUAV in the NAS and is currently with McKenna, Long & Aldridge in Washington D.C., said, “The LA Drone Expo was truly an amazing event. We were able to discuss with the entire commercial drone community the 333 exemption work we have been able to accomplish and to answer firsthand the questions and concerns the community has about policy holding back innovation, which I have coined ‘Polivation’.”

The 2015 International Drone Expo will once again bring together top experts in the world to discuss new technology, FAA updates and certification requirements, flight training and product launches and demos, as well as the commercial domestic market and international market outlook.