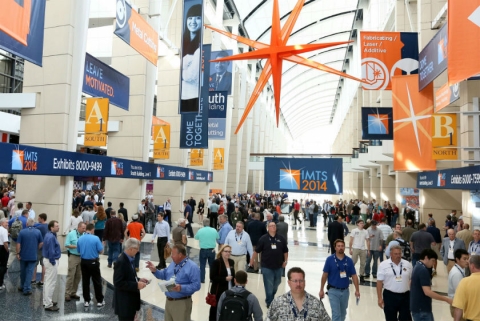 The growth of Deutsche Messe’s portfolio at IMTS is a direct result of the resurgence of manufacturing in America.

Compared with the same point in time in 2014, four times more space is sold for 2016, with 75 percent of registrations from companies based outside the United States.

“IMTS and our fairs collectively represent the largest industrial technology event in North America. For six days exhibitors have direct access to the world’s largest economy – one that is undergoing a manufacturing resurgence,” said Wolfgang Pech, senior vice president at Deutsche Messe.

He added, “Visitors experience first-hand the technologies and techniques that U.S. manufacturers use to stay competitive while at the same time learning about and comparing the Asian and European approaches to Industry 4.0 and the Industrial Internet of Things.”

Key trends at Deutsche Messe’s 2016 Chicago events include the “SMAC stack” (social, mobile, analytics, and cloud), which helps companies accelerate development and retain customers; the Industrial Internet of Things, which helps automate production and maintenance, freeing up more time for research and development; and next-shoring (developing and manufacturing products closer to where they will be sold), which improves production control and efficiency.

Three conferences round out the program at Deutsche Messe’s events. On Sept. 13,  GIE Media runs three tracks – MDA plus ComVac, Industrial Supply and Surface Technology – for design, manufacturing and process engineers as well as plant managers and purchasing managers.