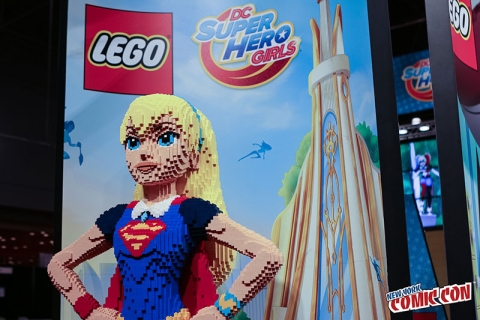 Coex in Seoul will welcome the first edition of Comic Con Seoul this summer running from Aug. 4-6.

Bo-Kyung Byun, President and CEO of Coex, said, “We’re incredibly excited to be a part of bringing an event with such a prestigious reputation as Comic Con to Seoul. As we are located in Gangnam, at the heart of Korean pop-culture, we believe this will truly be one of the year’s greatest events at Coex and expect a huge turnout.”

Reed and COEX to Co-organise Franchise Seoul
Reed Exhibitions, a global event organiser, has finalized its partnership to co-organize Franchise Seoul with COEX, a Korean venue owner and exhibition organizer. This…
Seoul’s Coex Exhibition Center Will Unveil ASIAMANIA!
Coex in Seoul will launch ASIAMANIA!, which will see participation from culture, tourism, and entertainment organizations across Korea, China, Russia, and Japan.ASIAMANIA!…
Reed Partners with COEX to Boast Franchise Seoul
Reed Exhibitions has signed a letter of intent (LOI) with COEX to co-organise the Franchise Seoul through the project-based joint venture (JV), which is expected to be…
Mexico City Comic Con to Launch Next Year
Mexico City will soon have its very own fan event for comics, pop culture, cosplay, anime, K-Pop, gaming and entertainment. Set to debut March 21-24 at the Pepsi Center, WTC…
KLCC Hosted 667 Events in First 7 Months
In the first seven months of 2017, the Kuala Lumpur Convention Centre (KLCC) hosted 667 events, according to the venue’s management. This represents a year-on-year increase…
ReedPOP, MCM Comic Con Join Forces to Produce Largest Pop Culture Events in U.K.
ReedPOP, the world’s largest producer of pop culture events, is adding a series of premier events across the United Kingdom to its portfolio through the acquisition of MCM…