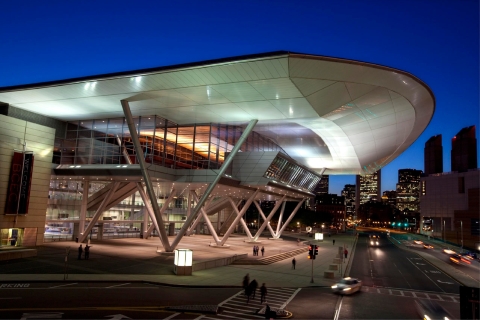 The Massachusetts Convention Center Authority (MCCA) recently issued a design and feasibility Request for Proposal (RFP) for master planning services for the 70-acre campus of the Boston Convention and Exhibition Center (BCEC) in South Boston.

“It has been a dynamic and disruptive decade in our industry which has mirrored the dramatic changes that have occurred in South Boston,” said David Gibbons, MCCA's executive director.

He added, “This is an exciting and appropriate time for the Authority to evaluate where we stand in the convention marketplace. We are asking our customers what they need and determining what we can afford in order to position the BCEC for long term success.”

The RFP will task designers to meet the needs of the BCEC’s current and future customers, better integrate the BCEC into the South Boston’s proximate neighborhoods, outline a building program that is financially self-sufficient, innovative and minimizes the impact on the environment in order to enhance the MCCA’s competitive advantage in a rapidly evolving convention marketplace.

“Boston is a premier global destination for business and tourism and the BCEC is a key catalyst to create economic activity in the city and across the region,” said John McDonnell, chairman of the Massachusetts Convention Center Authority.

He added, “The time is right to evaluate convention related growth opportunities on the BCEC campus to ensure its future success.”

Original expansion plans called for extensive additional exhibit hall space being added – more than 300,000 sq. ft., as well as more meeting and ballroom space at a pricetag estimated to be $1 billion, but was put on pause a few years ago.

Besides the possibility of a BCEC expansion being reignited, another bright note includes the news in April that Omni Hotels and Resorts has been selected to develop a 1,054 hotel directly across from the center.