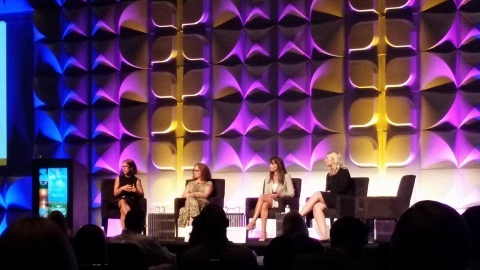 Atlantic City rolled out the red carpet, and then some, for 175 attendees to the Society of Independent Show Organizers’ Executive Leadership Conference, held Aug. 11-13 at the Revel Casino and Resort.

Even with news about some casinos closing and the fate of the Revel in the balance right now, the city forged ahead and put on a high-level event, with three days filled with networking and education opportunities.

“We loved it here,” said SISO’s Executive Director Lew Shomer. “They have been great to us. They really pulled out all the stops. The Revel was fabulous for its food and venue and Meet AC put together all of their assets for this event to make it successful, and we really appreciate it.”

According to Shomer, attendance was on par with last year’s event, though there were several first-time attendees this year.

The education portion of the event examined what exhibitors and attendees really want, technology and practices that currently are shaking up the industry and how to navigate a multi-generational workplace, to name a few,

David Adler, CEO and founder of BizBash Media and head of SISO’s education committee, opened the conference and said, “Today, we’re going to take you into the mind of the disrupters.”

He added, “Isn’t it an exciting time to be in our business?”

The first speaker up was Jay Weintraub, event entrepreneur and founder of LeadCon, who had recently completed the sale of his company to Access Intelligence.

He detailed the rewards and challenges of creating an event and the community around it from scratch.

“Building an attendee database was one of the issues we dealt with,” Weintraub said, adding  that the cost can be high.

Next on the stage was Ryan Begelman, Summit Co-Founder and Bisnow Media CEO, who told the story of how the Summit Series started with 19 CEOS and grew into an event with 7,000-plus artists, astronauts, entrepreneurs and non-profit leaders who all meet on a mountaintop that was bought specifically for the event in Utah.

Every aspect of the Summit Series is thought through to create a transformative experience for the attendees, such as an onsite barbershop, partnering with a local animal shelter and giving people the opportunity to take one home and meetups in places like teepee-designed tea huts.

His message to the audience was to create unique experiences at their own events and a passionate community will follow, as well as to not be afraid to take big risks.

Another session consisted of the entire room breaking up into tables of 10 and brainstorming on three topics that included how to keep people on the floor for a show’s final day, shifting a portion of a show from B2B to B2C and new technology.

Each team was challenged to come up with at least five ideas for one of the topics chosen by the table, and the results were collected and will be released by SISO to its membership.

Another session the first day took a look at what’s working in attendee marketing. Kim Rivielle formerly managing director of Marketing and Business Strategy and HO Innovation, IIRNY, advised that people should try to humanize their events and get away from the conference speak.

She added that storytelling was a way to “emotionally connect with your audience.”

Other tips included not just sending out an email asking people to register, but adding content, like an interview with the keynote and then the call to action somewhere in the email, as well as to consider hiring a copywriter who can write compelling content for each segment of the industry the show might serve, which in turn will create more of an authentic connection.

In the afternoon, SISO attendees heard about what the differences are between the four generations working in the marketplace right now and how they can work more effectively together, how and why niche events are growing so fast and how to really listen to your exhibitors.

Dinner that night was at the One Atlantic, a venue that had floor-to-ceiling windows and jutted out over the Atlantic Ocean. Over a three-course meal, attendees had the opportunity to “play” by singing karaoke, shooting hoops, getting a caricature done or challenging someone at a game of foosball.

The next morning kicked off with three tech companies fighting it out to win SISO’s Event Innovation Battlefield. Taking to the stage and presenting their products for six minutes each, the winner voted on by the audience was CrowdMics, a technology that allowed attendees to use their own mobile device as a microphone.

After the battlefield, Nancy Drapeau, research director for the Center for Exhibition Industry Research, presented key findings from the SISO sponsored CEIR Study on “Young Professional Attendee Needs and Preferences”.

The second to last session of the day focused on customer research and debunking the myths of what worked and what didn’t, such as sending out surveys and not getting responses.

The conference ended with a session on “Sell Everything! From Sponsorships to Space of Any Type. What Works Now?” that took a look at successes, such as taking the time and resources to create customized programs, as opposed to a “one size fits all” approach to selling sponsorships.

Tom Christmann, director of Media Sales, Reed Exhibitions, said they learned what didn’t work when they sold sponsorships to the B2B side of one of their events and it didn’t perform, while on the B2C side it sent gangbusters.

In order to demonstrate the value more effectively, he added, “We learned we had to be specific about who was going to be watching the B2B stream.”

For more on the sessions visit HERE.

2015 SISO Leadership Conference Will Focus on Millennials, Climbing CEO Ladder, Building Attendance
The 2015 Society of Independent Show Organizers’ Leadership Conference will not only take a look at what the Millennials really want, but also what it takes to be a CEO and…
SISO Leadership Conference Features Hot-button Topics in Cleveland
The trials and tribulations of launching a new show, successfully leveraging digital, mapping the attendee and exhibitor journey, new tech innovation and utilizing content…
Atlantic City CC to Welcome Nearly 10,000 Attendees During Five Events
Despite the news of several casinos closing in Atlantic City, N.J., recently, the meetings and convention business keeps moving forward. From beauty queens to mail carriers…
TEAMS Conference & Expo Heads to Atlantic City in 2016
TEAMS ’16, the world’s leading conference and expo for the sports event industry, will be held in Atlantic City, N.J. “We are very excited to bring TEAMS to Atlantic City,”…
Why Should Attendees Stop At Your Booth?
Every year, numerous trade shows take place around the world, allowing businesses to get in front of and try to appeal to an audience. When someone attends an event like this…
Straight Talk with David Audrain, Executive Director, SISO
Twenty-eight-year industry veteran David Audrain is a who’s who of the trade show industry. Besides serving as president of Clarion Events North America and Messe Frankfurt…