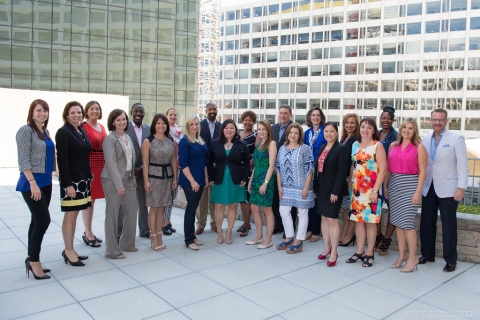 The Association of Women in Events, a new organization launched in March 2015, recently announced its founding board of directors.

The association received more than 65 applications for membership on the inaugural board, and founders spent several weeks vetting candidates for these important leadership roles.

The Board of Directors is expected to guide the vision of the association throughout the first formative years and shape the community surrounding the organization.

The mission of the organization is to provide women professionals in the meetings and events industry a place for sharing best practices, networking, professional development, career advancement and recognition.

By the end of the 2015 year, AWE initiatives such as membership and education plan to be launched with the guidance and leadership of the board members.

“This specific group of board members are leaders in the events industry, and we feel each of them will truly encompass the mission of the organization and bring the association to life”, said co-founder Carrie Abernathy.

She added, “We are excited to start working on the future and building a community”.

The Founding Board of Directors will have one- and two-year roles. Board members were chosen from an array of fields to include media, government, corporate and association markets.

HERE is a full list of the inaugural board of directors.