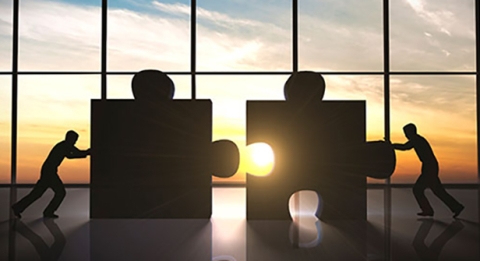 The first quarter of 2019 has been a busy one for business acquisitions in the trade show industry, with a bevy of event and event-related companies scooping up shows and companies in the quest to strengthen and expand their market reach.

Held annually at the Phoenix Convention Center in January and June, the shows represent the first foray into consumer bridal events for Marketplace, which produces 43 consumer home shows in the U.S., 16 in Canada and five U.S. holiday shows.

Representing the largest bridal expos in the U.S., the Arizona Bridal Shows comprise 500 exhibiting companies, more than 700 booths and 14,000 attendees.

“Phoenix is a robust consumer show market and one that we’ve looked to participate in for what seems [like] the longest time,” said Tom Baugh, CEO of Marketplace Events. “The Arizona Bridal Shows are historically two of the strongest events in the bridal category, so they are a good fit for MPE. We’re eager to grow these shows and establish a significant presence in this strategic market.”

As the company’s 10th acquisition since being purchased by Sentinel Capital Partners in 2016, the events raise Marketplace Events’ show portfolio to 66 events in 31 markets.

“This acquisition for Marketplace Events expands their dominant position with home shows into a new industry category,” said Nick Curci, president of Corporate Solutions, which was the exclusive advisor to Townsquare Media in arranging, structuring and negotiating the transaction.

“We are thrilled with the addition of Florida Supercon to the ReedPOP family,” said Lance Fensterman, Global President of ReedPOP, a boutique group within Reed Exhibitions that boasts a reputation as the world’s largest producer of pop culture events.

He continued, “Mike Broder and his team have done an amazing job in making this show one that has incredible fan and industry support. We plan to spend time listening to the fans and exhibitors and then investing to build upon the awesome convention and continue to give the great fan base a fantastic experience.”

The next edition of Florida Supercon will take place July 4-7 at Miami Beach Convention Center.

“I’m excited to continue to get to know the enthusiastic South Florida fan base and to have the opportunity to take an already great show and continue to make it better,” said ReedPOP Vice President Mike Armstrong, who will provide event leadership along with Kristina Rogers, the event director for C2E2 and New York Comic Con, which the company launched in 2006.

Over the past two years, ReedPOP has launched Comic Con Africa and the new Keystone Comic Con in Philadelphia, expanding its event portfolio to nearly 40 fan conventions across the globe.

“I am extremely proud of what our team has created in Florida Supercon with the help of our amazing fans, guests, and exhibitors,” said Broder, founder of the event. “As fans ourselves, we look forward to watching as ReedPOP brings their global resources to Miami to elevate the fan experience.”

Earlier this month, event production services provider, J&S Audio Visual completed its acquisition of BAV, a Buffalo, New York-based event production company. The combination of the two audio-visual companies — which together boast a combined 60 years of experience in the event, meeting and hospitality industry — will enable the expansion of business outside of their established markets, according to JSAV officials.

The Irving, Texas-based A/V company expects BAV’s established reputation on the east coast and Canada to increase the reach of JSAV, which currently has nine branches serving the U.S., Mexico and the Dominican Republic.

“This transaction represents the next phase of growth for JSAV becoming a leading provider of integrated audio-visual services in the event and hospitality industry,” explained Monroe Jost, CEO of JSAV. “We look forward to incorporating BAV’s operating experience and track record of success to further solidify our market position and support the tremendous potential for growth in our business.”

Corporate Solutions also served as MISTI’s exclusive advisor in arranging, structuring and negotiating the transaction. According to Curci, this acquisition for CyberRisk Alliance expands the company’s reach into the cybersecurity industry.

“CyberRisk Alliance was the winning bidder after receiving several offers from other strategic buyers,” Curci said. “The decision to select CyberRisk Alliance as the buyer was based on their experience in similar industries and their ability to add substantial growth to these events going forward.”

He continued, “MISTI’s CEO, Tony Keefe did a great job building up this business in the last several years, making it a highly desirable offering. CyberRisk’s CEO, Doug Manoni, and his team will surely grow these properties along with their other related assets in the cybersecurity industry.”

The deal is the first acquisition for CyberRisk Alliance, which was founded by Growth Catalyst Partners and Manoni in November 2018 to serve the rapidly expanding cybersecurity and information risk management marketplace.

Marketplace Events Purchases Minnesota Home & Patio Show
It’s been a busy year so far for Marketplace Events, which been actively acquiring even more home and garden shows to add to its already extensive consumer event portfolio,…
People News: Los Angeles, Cleveland Venues Make new Hires, ReedPop & Connect Tap Talent
With the trade show industry continuing to grow, according to the latest Center for Exhibition Industry Research, there were plenty of new hires and promotions up the ranks…
Clarion Events, AC Business Media Both Make Strategic Acquisitions
U.K.- based Clarion Events, which was just acquired by Blackstone, and AC Business Media both recently made strategic acquisitions to add to their growing portfolios. Clarion…
People News: Events Industry Council, Caesars, ProExhibits and More Make Hires
April showers brought May new hires to many companies in the trade show and destination marketing world. Here’s all the news you need to know. Big news for the Events…
ReedPOP Expands Its Gaming Community Presence with Gamer Network Acquisition
ReedPOP, producer of games and pop culture live events, has expanded its business beyond event production for the first time by acquiring Gamer Network and its portfolio of…
People News: RSCVA, Specialty Food Association, Informa Markets and More Make Big Hires, Promotions
As the trade show industry moves into the holiday season and sets its sights on the year ahead, several event-related organizations and companies are preparing for a strong…