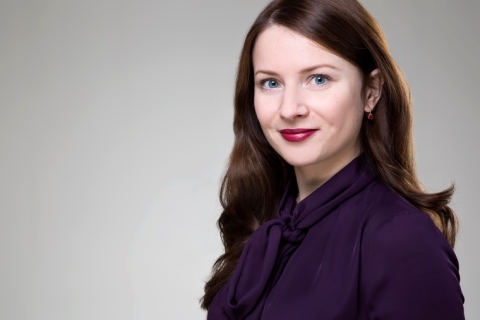 As the Global Association of the Exhibition Industry, UFI serves around 50,000 employees of exhibition organizers, venues, service providers and industry associations in close to 90 countries around the world.

To deliver and improve the growing roster of events, committee activities, and other industry initiatives, the association is bringing on board two new hires: Nicolette Elia-Beissel, and Jana Hofmann.

Nicolette Elia-Beissel is joining UFI as program manager. She became part of the exhibition industry when she joined RAI Exhibitions and Events (now known as Thebe Reed Events & Exhibitions) as project coordinator, a subsidiary of the RAI group in Amsterdam, based in Johannesburg, South Africa.

During her time at RAI, she worked more specifically on Travel and Tourism shows, with a portfolio that included the South African Tourism pavilions at the various international trade shows such as EIBTM and ITB. After two years, she was promoted to Project Manager, working on the international shows as well as her own show in Sandton Johannesburg: Meetings Africa.

She remained with RAI / Thebe for five years before relocating from Johannesburg to Durban where she joined a DMC (Destination Management Company), working with international incentive companies for two years bringing groups such as Renault and IBM into South Africa on incentive packages.

She was then approached by a local hotel group, Gooderson Leisure, joining them as their Marketing, Brand and Communications Manager for a year. The portfolio included marketing the group through various trade shows. Nicolette returned to the exhibition industry as Exhibition Manager at the Durban International Convention Centre in 2008. Within three years she was appointed acting operations director and seven months later was officially promoted to operations director, a position she held for four years.

Jana Hofmann is joining UFI as events manager. Having worked as a project manager for the German-based trade show organizer fairtrade Messe GmbH for the last six years, Hofmann managed various projects in an international exhibition environment, with a focus on emerging markets such as Ghana, Iran or Nigeria to name a few.

Topics like Quality Management or the launch of a new CRM system were on her agenda too, providing a very diverse working environment as well as the opportunity to learn new thematic areas.

“Both Nicolette and Jana will bring years of industry experience to UFI, having worked in different national and regional exhibition markets," said Sonia Thomas, UFI’s Director of Operations.

This experience will prove particularly useful as UFI continues to organize numerous events for the exhibition industry across the globe, ranging from the UFI Global Congress to the UFI Global CEO Summit, from educational forums to regional conferences.

This falls in line with UFI’s key objective to provide platforms for the actors of the international exhibition industry to network and share experience, to learn and acquire new skills.

As one of their first tasks in their new positions, both new team members will join the UFI team and work at the 83rd UFI Global Congress Nov.9-12 in Shanghai.