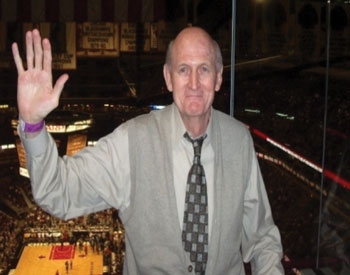 William T. Glasgow Sr., a 65-year veteran of the trade show industry, passed away peacefully in his home Oct. 23.

“BG”, as he was known, started his career in the industry at Conrad Hilton Hotel in Chicago, while attending Loyola University.

In 1975, he was hired as show manager by the Electronic Industries Association to manage its winter and summer Consumer Electronics Shows (held in Chicago and Las Vegas). He then was promoted to vice president and served in that post until he started his own management firm – W. T. Glasgow.

“William Glasgow was a larger-than-life figure who taught me everything I know about trade shows,” said Gary Shapiro, president and CEO of the Consumer Electronics Association.

He added, “He was honest, ethical, hard-working, respected, unflappable and always willing to take time to explain things in a patient and thoughtful manner. We send our condolences to the Glasgow family, friends and former colleagues.”

In 1984, BG launched W.T. Glasgow Inc. with the management contract for the former APAA Show, which covered automotive parts and accessories.

When APAA merged with the Big I Show, W.T. Glasgow was awarded the contract for the combined event, known today as AAPEX (Automotive Aftermarket Product Expo), which is one of the largest shows in the U.S. as ranked by TSNN every year.

BG was the first recipient of the U.S. Department of Commerce E-Certificate for Service in promoting exports through trade shows. He organized and was the first chairman of the Major American Trade Show Organizers, which gave managers of major trade shows a forum to discuss the unique needs and common problems experienced by shows of large magnitude.

In 2010, he received the Outstanding Achievement in Industry Leadership Award from the International Association of Exhibitions and Events. He retired in 2012, transitioning leadership of the company to sons Bill and Brian.

In addition to his two sons, Glasgow is survived by his wife of 61 years, Loretta (nee Kelly); a daughter, Karen; grandchildren Kelly, Ryan, Bobby and Ashley; and his brother Bernie.