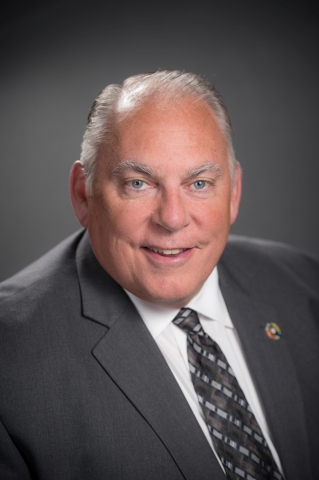 Fall is a busy time in more ways than one in the trade show industry and several companies recently added to their ranks.

The Louisville Convention and Visitors Bureau appointed Doug Bennett as senior vice president of Convention Development. He replaces Jennifer Barnett who retired from the position after 22 years of service.

Bennett has worked in the hospitality industry for 32 years. Prior to coming to the Louisville Bureau, Bennett was director of sales for the Central Division of Global Experience Specialists (GES).

Before GES, he worked at the Indianapolis Convention & Visitors Association as vice president of sales and for 8 years as Director of Sales & Marketing for Hyatt Hotels & Resorts.  Through his past work experiences, Bennett also has worked with the NFL and the Super Bowl, the NCAA and many national trade shows through his work with GES.

“Louisville is positioned for phenomenal growth in the convention market with the expansion of the downtown convention center, a growing number of top hotel inventory and new attractions,” said Cleo Battle, LCVB’s executive vice president.  “Doug’s extensive background with hotels, destination management and large national tradeshows will help guide our sales effort to drive business to our transforming destination.”

Bennett added, "I am very excited to join the Louisville team. The city’s future is growing as it adds some very important and game-changing assets to its hospitality infrastructure.”

Another industry veteran, Richard Staub, recently was hired by the Philadelphia Convention and Visitors Bureau as senior vice president of Convention Sales.

A hotel industry veteran with more than two decades of experience, Staub will lead the PHLCVB’s convention sales and services team in achieving booking goals by proactively positioning and marketing Philadelphia and the Pennsylvania Convention Center to prospective convention groups. He will begin work at the PHLCVB in September.

Staub comes to the PHLCVB after a dynamic career, most recently serving as the Managing Director/General Manager of Philadelphia’s second largest hotel, the Sheraton Philadelphia Downtown.

Prior to that, Staub held the same position at the Loews Philadelphia for seven years.

“We are absolutely thrilled that after a rigorous nationwide search, Rick will be joining our team in this very important role,” said PHLCVB President and VEO Jack Ferguson. “We worked closely with Rick in his previous positions at the Sheraton and Loews and his ability to be a diplomatic consensus builder, successfully managing relationships with various stakeholders, in addition to his knowledge of Philadelphia’s hospitality landscape, were key factors in his hiring. Rick is an incredible asset to our team and our clients can be assured that they are in great hands.”

Staub added, “I am looking forward to working with Jack, Julie and the PHLCVB team to bring even more business to Philadelphia. It’s an exciting time to be in this city, and with the changes at the Pennsylvania Convention Center and our continued evolution as a destination of international appeal, I am eager to help Philadelphia build upon its success in this highly competitive market.”

Shannon McDaniel is bringing her operations expertise and leadership to The Expo Group, where she will serve as a National Account Director from the Washington D.C. office.

“We are happy to add Shannon to our team as we continue to acquire top industry talent and position The Expo Group for continued strategic growth in the coming years,” said The Expo Group Vice President and COO Randy Pekowski. “Shannon is not just well-known, but well-respected for her commitment to clients, team-first attitude and deep understanding of this business.”

Many recognize Shannon from her 24 years of experience in the industry, most recently as COO for a general contractor, where she was responsible for all facets of operations and personnel management and oversaw a key acquisition.

Prior to that, Shannon was a director of Account Management, handling several multi-million dollar accounts.

Richard Maranville was upped to executive vice president and chief digital officer. Freeman has made this important move in support of its ongoing strategy to harness big data and digital technology to bring new products, services, and insights to the expanding brand experience market, according to company officials.

Michelle Johnson was promoted to CIO of Freeman, a move that is a natural evolution of her responsibilities as CIO of Freeman’s Audio Visual division where a number of the company’s technology offerings reside.

In his new role, Andrews will be leveraging his in-depth knowledge in the registration and lead capture field to help SmartSource Rentals continue to grow its market share in the competitive conference, exposition and meeting planning industry.

People News: Suppliers, Show Management Companies Grow Their Rosters
The first quarter of 2016 saw a busy hiring period, with companies ranging from audio-visual to for-profit show management to convention and visitors bureaus. Surf Expo, the…
People in the News: Companies Continue to Add to Rosters in October
Autumn brought a busy time with companies adding sales, marketing, operations and executive positions to their employee rosters. Shepard Exposition Services added of two new…
People News: Tarsus, eMerge Americas, SourceOne Events, Core-Apps All Add to Ranks
Moving into the last quarter of 2016, bringing on new employees and promoting from within, especially in the executive ranks, still is occurring at a swift pace in companies…
People News: The Expo Group, Corcoran, PMMI, VistPITTSBURGH Fill Their Ranks
In most cases, summer is a slower time of year, but hiring in the trade show industry continued at a brisk space through June and the first part of July. The Expo Group…
Trade Show Companies Give Back to Their Communities
The trade show industry has a history of being generous to its surrounding communities, and a few companies recently have lent a helping hand to those in need. SmartSource…
People News: Flurry of Hires Across Variety of Trade Show Sectors
The fall kicked off with a flurry of new hires across a variety of trade show sectors, including show organizing companies, display and contractor companies and convention…