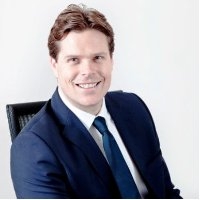 Supplier and show organizers alike promoted from within and brought on new personnel for a variety of positions across the trade show industry in the past month.

Pilbeam replaces Richard Mortimore, who was promoted to CEO of Reed Exhibitions UK in 2014. Pilbeam will report to Mortimore.

“We are delighted that Nick has come on board and we are confident that his broad range of expertise and excellent customer awareness will ensure that the strong brands within Reed Travel Exhibitions are continually developed, keeping up with the fast-pace and ever changing nature of the industry,” Mortimore said.

He added, “I believe that Nick will excel in the role which encompasses multiple shows in a highly competitive, global segment.”

In addition, she will lead the Vision portfolio that contains the International Vision Expo & Conferences.

In his role, Angelucci will be responsible for leading and overseeing the 1.3 million-square-foot expansion of the Boston Convention & Exhibition Center and related projects, including the development of two new parking garages.

Angelucci will oversee the MCCA’s Capital Projects team, as well as consultants, designers and construction contractors who will be brought on to assist with the planning and execution of the expansion program.

“The addition of the vice president leadership team will help advance Hargrove’s success,” said Diana Simmons, Hargrove executive vice president and COO. “We’re one of the top service providers in the country, and we’re continuing to grow. It was time to expand our leadership to drive both the company’s progress and our employees’ development.”

In her new role, Coleman will be overseeing the Financial Service s and General Technology Markets, including Legal, Corporate and Major Sports Events such as the New York City Marathon, as well as many other marquee events that take place in the Mid-Atlantic region.

People News: Meet AC’s New CEO, Plus Fresh Hires at Reed Exhibitions, 42Chat and More
While this summer’s hiring news isn’t as busy as in other years, companies in the events industry are expanding where they can to help gain a cutting edge for events as they…
Reed Exhibitions Greater China Names New President
Nat Wong, current president of Reed Exhibitions Greater China, will be succeeded April 16 by Hu Wei. Wei came on board March 16 to understudy Womng and be orientated to the…
Reed Exhibitions Greater China Names New COO
Reed Exhibitions Greater China appointed Josephine Lee to the role of COO, effective April 1. Lee takes up the appointment after several successful years as senior vice…
People News: Moves at Reed Exhibitions, ASM Global, KBIS and More
From presidents and board of directors to fine-cuisine-minded appointments in the Midwest, here’s the latest news about professionals in the trade show industry that you need…
People News: Vancouver Convention Centre, ECA, Albany Capital Center, Reed Exhibitions and More Tap New Leadership, Expand Teams
As we move toward the second quarter of 2021, event organizations and suppliers are announcing new hires and promotions far and wide. Check out who’s been moving forward in…
People News: SnowSports Industries America, AlliedPRA, BOB.tv, MCI USA All Name New Leaders
The past month has marked a busy time, with several companies not only bringing on new employees, but also naming people into top positions. SnowSports Industries America,…