PCMA’s Convening Leaders Kicks Off Jan. 11-14 in Chicago with Dynamic Schedule of Events 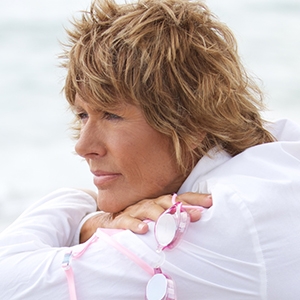 Several thousand convention managers and suppliers to the industry will be heading to the Windy City’s McCormick Place Jan. 11-14 to take part in the Professional Convention Management Association’s annual Convening Leaders event.

This year will have a lot to live up to, with last year’s event in Boston drawing the highest attendance in the event’s history, nearly 4,000 attendees.

Chicago is a major base for associations, so there likely will be once again a huge turnout to this year’s event.

Convening Leaders kicks off Sunday with an opening party – Hyde Away Chicago – at the Museum of Science and Industry.

The museum will be transformed into a grand display of Chicago neighborhoods, including Chinatown, Pilsen, Devon Avenue, Wicker Park/Bucktown, Bronzeville and the Magnificent Mile, among more than 35,000 artifacts and hands-on exhibits.

The next morning starts off with an opening general session – “Resilience and Transformation: Thriving in an Age of Volatility” – led by Andrew Zolli, Author of "Resilience: Why Things Bounce Back", Fellow of the National Geographic Society and Founder Z+ partners.

That evening will be the annual Party with a Purpose at the House of Blues in which all of the proceeds will support the PCMA Education Foundation, PCMA’s Network For the Needy and Future Founders, a local Chicago organization.

Tuesday begins with a special guest speaker, Diana Nyad, who at the age of 64, in her fifth and final attempt, successfully fulfilled her lifelong dream of completing the 110-mile swim from Cuba to Florida on Sept. 2, 2013.

Upon completing her grueling 53 hour journey, a breathless Nyad told the world, “I have three messages. One is we should never ever give up. Two is you are never too old to chase your dreams. And three is it looks like a solitary sport but it takes a team.”

The rest of the day is once again filled with valuable learning sessions, including “Risk Management: Five Things You Can Do Right Now” and “Be Proactive Not Reactive to Global Meeting Trends in 2015”.

Tuesday night is yet another networking event – Pier Into Chicago – which will feature a dance party in Navy Pier’s Grand Ballroom.

Wednesday has a few more sessions, as well as a closing brunch sponsored by the city of Vancouver, where the event will be held in 2016, and a closing general session – “Uncharitable” – given by Dan Pallotta, founder and chief humanity officer, Advertising for Humanity.

Of course, if someone can’t make it to PCMA’s Convening Leaders, they have you covered there as well with their hybrid event. A robust schedule of sessions, including all three general sessions, will be available. Click HERE to register.

For a full schedule of onsite events and sessions click HERE.

PCMA’s Convening Leaders Annual Meeting Breaks Attendance Records in Chicago
It may have been cold in Chicago in the second week of January, but that didn’t stop a record amount of attendees from coming to the Windy City for the Professional…
PCMA’s Convening Leaders Breaks Attendance Records in Nashville
The 62nd edition of Professional Convention Management Association’s Convening Leaders, which took place Jan. 7-10 at Music City Center in Nashville, Tenn., welcomed 4,457…
PCMA’s Visionary Awards Honors Leaders in Business Events
The PCMA Education Foundation recently honored the 2017 Lifetime Achievement of three industry luminaries as well as the winners of the 2017 Professional Excellence Awards at…
Cobo Cares Kicks Off Its 2018 Season with a Collective Namaste
As the sun rose over the Detroit River on the morning of May 23, employees, event attendees and members of the Detroit community helped jump-start Cobo Center’s 2018…
CES Is First Show of Many Kicking Off 2022 with Health, Safety in Mind
From a spaceplane to a color-changing car, CES 2022 not only brought to light innovations from around the globe at its in-person and digital event, held Jan. 5-7 in Las Vegas…
PCMA Brings Events Community Together Through Convening Leaders
Trying to serve as a guiding light in a challenging period, PCMA brought together more than 3,000 attendees in an unusual experience befitting the COVID era. Primarily a…