Despite Government Shutdown, Washington, D.C. is Open for Business 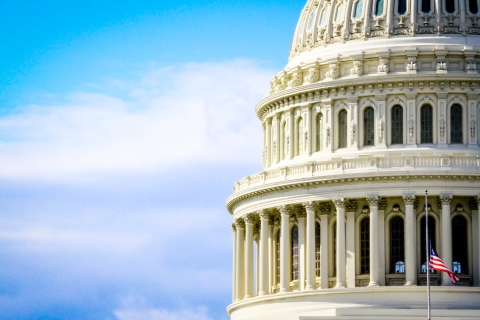 With the U.S. government shutdown still in effect — and stretched longer than any other in history — many association meeting planners and trade show organizers are concerned about how this might impact their events.

Destination DC has been actively campaigning to let the world know that the city is open for business and ready to welcome both events and leisure travelers.

The “DC is Open” campaign was first launched during a previous shutdown in October 2013, and has been redeployed to help visitors navigate the city.

While the Smithsonian museums, National Zoo, National Gallery of Art and National Archives are closed, there are plenty of other great options for activities, according to Elliott Ferguson, president and CEO of Destination DC.

“While DC has always been known for its monuments, museums and memorials, the reality is the city has even more to offer throughout its various neighborhoods that remain open during a government shutdown,” Ferguson said. “It’s a great time to find deals on hotels and attractions.”

He recommends activities such as watching a hockey or basketball game, seeing a show in one of D.C.’s many theaters and exploring the city’s Michelin-rated dining scene.

According to Ferguson, no events have been impacted by the shutdown thus far; it helps that January is not peak convention or tourism season for the city. Destination DC has been in constant communication with planners who are hosting events here this month to make sure they have all the information they need.

For example, the American Physical Therapy Association is holding its Combined Sections Meeting this week, Jan. 23-26, anticipating about 16,000 attendees — only a thousand less than New Orleans last year, which was a record attendance. APTA will not be affected by the government shutdown.

Similarly, the Transportation Research Board held its annual meeting from Jan. 13–17 with over 5,000 rooms on peak and approximately 5,000 attendees. It was unaffected by the government shutdown.

For any planners who may have upcoming activities booked at venues affected by the shutdown, Destination DC can help.

“If a planner was utilizing a museum funded by the federal government, we will facilitate other options, such as new venues at The Wharf or the Newseum,” Ferguson said.

Despite Street Protests, Hong Kong Exhibition Industry Open for Business
After a few months of weekly street protests in Hong Kong that impacted the airport for a few days and caused street closures, the city’s exhibition industry forged ahead…
dmg events Opens for Business in Saudi Arabia
After being granted a Saudi investment license by the Saudi Arabian General Investment Authority (SAGIA) earlier this year, dmg events has established a new office in Jeddah…
Boston’s Yankee Dental Congress Will Open as Planned, Despite Blizzard Predictions
A massive blizzard with up to three feet of snow predicted in some parts of the Northeast, as well as a few thousand flight cancellations, isn’t stopping organizers of one of…
Pathways Opening for Trade Shows in the U.S., Overseas with New Standards, Government Greenlights
There have been several recent big steps taken that give an indication of a path forward here in the United States for the trade show industry to start up again soon.…
Destination Spotlight: Business Is ‘Blooming’ in Washington, D.C.
As the vibrant annual National Cherry Blossom Festival comes to a close this month, Washington, D.C., continues to bloom with a prosperous business events scene—expected to…
Chinese Government Releases New Directive on Boosting Exhibition Business
In April, China’s State Council released an official directive with the aim of boosting the development of the country’s exhibition industry. According to the…