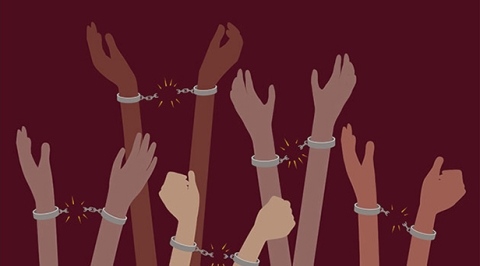 In an effort to help Southern Nevada’s vulnerable populations, Caesars Entertainment has launched The Shared Future Fund, a first-of-its-kind investment model that will be used to create long-term positive change for adult and child victims of human trafficking.

The new fund will be controlled and managed by ImpactNV, a Southern Nevada nonprofit dedicated to mobilizing cross-sector leadership to address pressing social needs and building a better community.

Created as a self-sustaining model designed to catalyze solutions to core regional issues via grants, loans and investments, The Shared Future Fund will initially be funded by in-kind donations and direct financial support from Caesars Entertainment and an inaugural fundraising event in the spring of this year.

“The formation of The Shared Future Fund underscores Caesars Entertainment’s belief that every human being deserves an equal opportunity for a bright future and fulfilling life,” said Jan Jones Blackhurst, executive vice president of public policy and corporate responsibility at Caesars Entertainment.

She continued, “In our inaugural year, The Shared Future Fund will prioritize solutions centered on human trafficking, which is an issue that particularly affects women and children. As the first social impact fund for Nevada, we hope that our new venture can be a model for companies and communities collaborating to end (systemic) inequity.”

The Shared Future Fund aims to define a new pathway to achieve philanthropic goals by supporting a holistic, community-centered strategy that emphasizes advocacy and collective impact rather than the traditional approach of contributing financial resources to company-chosen causes.

Initially, the fund will focus on providing support for women and children affected by the trauma associated with human trafficking, an issue that intersects heavily with other crises that rise from social inequity including homelessness and immigration concerns, according to Caesars officials.

“ImpactNV has a proven track record for accelerating and deploying evidence-based solutions that solve for systemic challenges facing Southern Nevada’s most vulnerable populations,” said Lauren Boitel, executive director of ImpactNN. “However, we know change requires collaboration and are proud to be part of this innovative venture with Caesars Entertainment.”

She continued, “With The Shared Future Fund, we believe we can create a safety net for the local community where every person is seen, heard and valued, ultimately building a stronger community for us all.”

Human Trafficking: Human trafficking is one of the most predominant issues in the hospitality industry, with Nevada ranking second for the highest number of sex trafficking cases per 100,000 residents in the country – more than twice the national average. The Shared Future Fund will develop a strategy to reduce, treat and rehabilitate adult and child victims of sex trafficking.

Homelessness: Homelessness is one of the most consistently identifiable causes of inequality. Nevada has the third-highest rate of unsheltered individuals in the nation, with more than 300 families with children homeless every night. The fund will design and develop a plan for long-term impact by 2020.

Immigrant Integration: Immigrants make up 20 percent of Nevada’s population and a quarter of its workforce. More than 100,000 U.S. citizens in Nevada live with at least one undocumented family member. The Shared Future Fund will develop an approach to provide new Nevadans with pathways to crucial community connection, education, employment, language access, naturalization and healthcare.

In addition to The Shared Future Fund, the casino-entertainment company is launching an Economic Equity Tour, a six-stop tour that will visit communities where affiliates of Caesars Entertainment operate. This initiative will focus on financial literacy, workforce development, entrepreneurship and potential business opportunities for diverse suppliers.

The company is also advancing its Gender Equity Initiative, which will focus on reaching an equal representation of women and men in leadership by 2025.

Caesars Entertainment Fills Fall With New Restaurants, Entertainment and More
Exclusively sponsored by Caesars Entertainment The Las Vegas Strip has long been a beacon of innovation, adaptability and singular experiences. In 2022, Caesars…
Music City Center and Caesars Entertainment Give Back
While the trade show and meetings industry continues its steady path toward recovery, some event-related organizations remain committed to making sure that those less…
PCMA Makes Commitment to Help Eradicate Human Trafficking
As part of its new vision that business events can be the drivers of social positive change, PCMA has committed to combat child exploitation by signing The Code of Conduct…
Caesars Entertainment Breaks Ground on CAESARS FORUM Las Vegas Conference Center
On July 16, Caesars Entertainment Corporation broke ground on its newest development: the CAESARS FORUM Las Vegas conference center. Slated to open in 2020, it will feature…
MGM Resorts Makes Generous Contribution to Fight Human Trafficking
As part of its contribution to the campaign to fight the global crime of human trafficking, MGM Resorts International recently awarded $250,000 to the McCain Institute for…
ConferenceDirect Empowers Its Employees to Help Stop Human Trafficking
Last month, full-service global meetings solution company, ConferenceDirect, provided 23 of its associates with the opportunity to learn how to identify and help stop a…